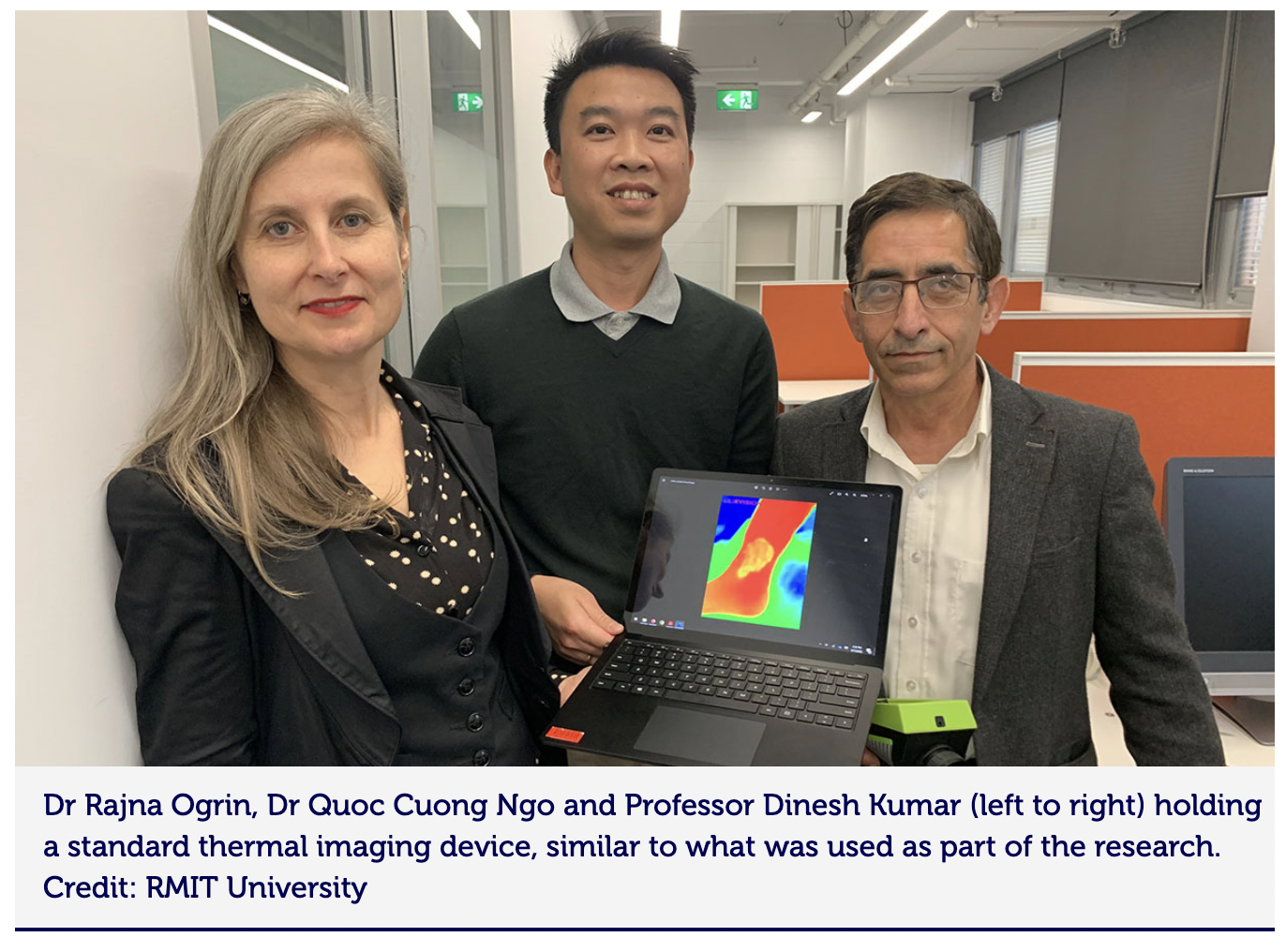 Zhejiang Ulirvision Technology’s “ULRIvision TI160” mobile thermal imaging camera detects hard-to-heal wounds early. “This means that specialised treatment for slow-healing leg ulcers can start up to four weeks earlier than before,” says Dinesh Kumar from RMIT University. He has implemented the method, which is based on image analysis with the use of artificial intelligence (AI), with colleagues at the Bolton Clarke Research Institute.

Usable for home visits
Thermal imaging had previously been considered to detect chronic wounds in their early stages. But it was the AI approach that brought success. “Our result, which identifies chronic leg wounds during the first examination, is a world first,” says Kumar. The camera is intended for home visits, he says. “Our innovation does not react to changes in ambient temperature and light,” says Kumar’s colleague Quoc Cuong Ngo from RMIT.

Therefore, nurses could use it during their regular visits to people’s homes. It can even be used in the tropics. The new method provides information about the spatial distribution of heat in a wound and predicts with 78 per cent accuracy whether leg ulcers would heal within 12 weeks without special treatment. Wounds change significantly as they heal – or don’t heal. Higher temperatures signal inflammation or infection, while lower temperatures indicate a slower healing process due to a lack of oxygen in the area.

Data mountain of 56 patients
The new diagnostic method is based on thermal images collected from 56 patients with venous leg ulcers that occur with poor venous function. The current gold standard approach to treatment requires the wound size to be checked every four weeks. This requires exposing it, which can irritate it again. In addition, non-contact diagnosis reduces additional infections. So far, thermal images are evaluated on laptops. In the next step, an app for smartphones will be developed to take over this task.