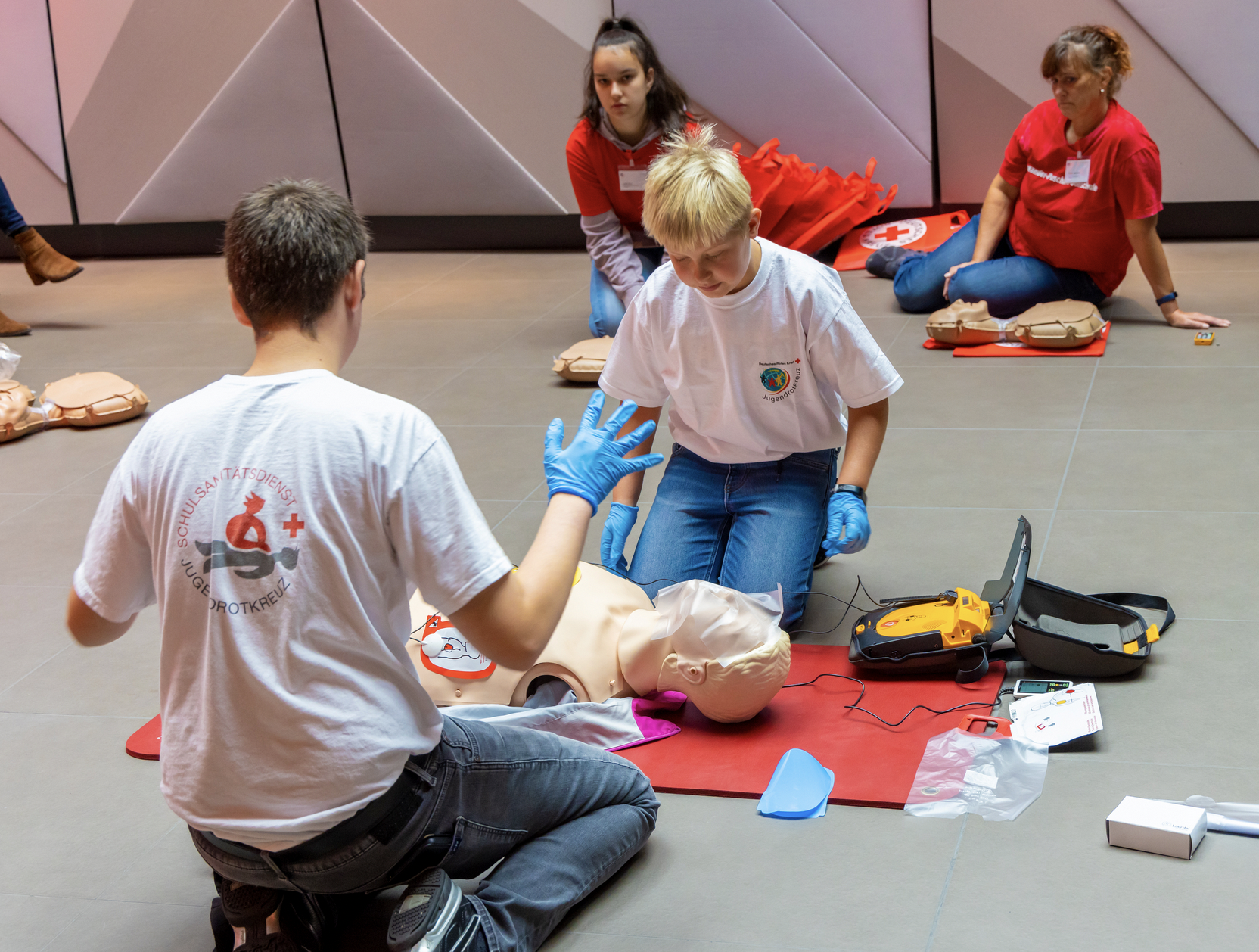 Sunday, 16 October, is Word-Restart-a-Heart-Day, the Day of Resuscitation. The German Interdisciplinary Association for Intensive Care and Emergency Medicine (DIVI) is taking this as an opportunity to draw the attention of the ministers of education of the German states to the silent pandemic: Sudden cardiovascular arrest. About 70,000 people die of this in Germany every year. At least 10,000 could return to life if every citizen knew how to resuscitate another person. That is why intensive care and emergency physicians are finally calling for the nationwide introduction of resuscitation lessons for every child from grade 7 at the latest.

Because it is actually very simple, writes the DIVI. The letter says: “TEST – CALL – PRESS is the rule of thumb in an emergency. If you don’t know this, you might call an ambulance when a person collapses lifeless. But that is not enough here, because:

Therefore, as medical professionals, we depend on our patients to have their heart pumped directly and without hesitation by relatives, friends or strangers in close proximity until the ambulance arrives. This only requires a little knowledge and a little courage.”

Denmark is setting an example, the report continues. In 2005, resuscitation lessons were made a legal requirement and children were trained in resuscitation at school. The children are not afraid to help and carry what they have learned into their families and further into society. “The survival rate in the event of cardiovascular arrest has since tripled in our northern neighbours. We can do the same in Germany! (…) Establish two school hours of resuscitation lessons once a year from the seventh grade onwards in all schools!” said the DIVI.

85,000 yes votes from the population have not yet achieved anything

The professional association also points to past actions and campaigns that have not yet led to the establishment of resuscitation lessons. “You can courageously make a start in your federal state,” the intensive care and emergency medicine specialists encourage the ministries of education. Background: Last September, the action alliance “We revive Germany”, of which the DIVI is a member, launched a highly regarded campaign. #ichrettedeinleben, initiated by the German Council for Resuscitation together with Doc Caro, has received great support within the population as a campaign in the social media channels and in the press. 84,972 citizens have publicly signed the petition for the introduction of resuscitation lessons. It was handed over to the petition committee of the Bundestag in May in front of a running television camera. So far without success.

To save lives, it takes a little courage, the doctors write at the end of the letter. “So be courageous! Become a lifesaver! Mothers and fathers, sons and daughters will thank you for it”.