Always trust in luck? Not a good idea!
 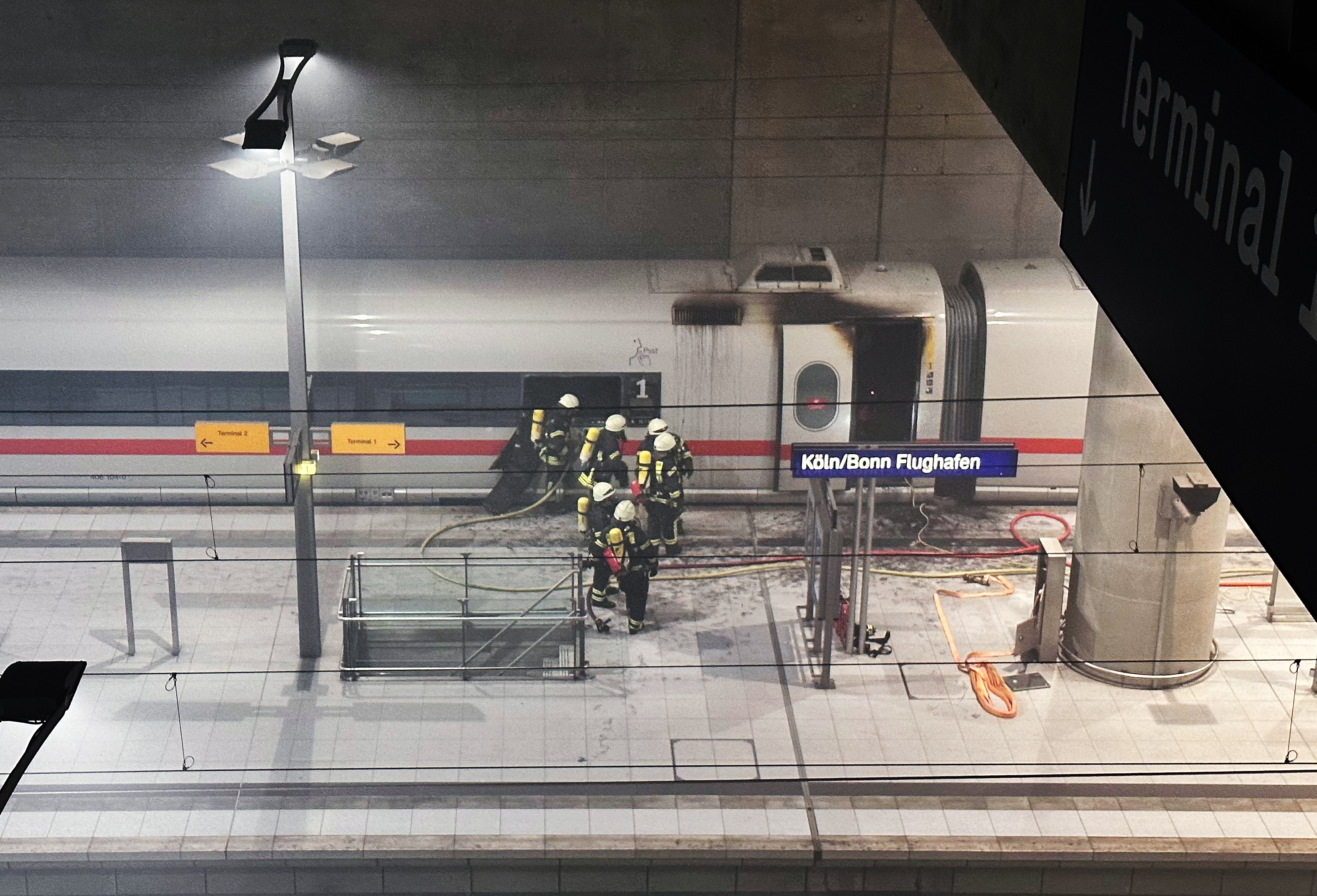 Caption: Firefighters fight a fire in an ICE train at the Cologne/Bonn airport station. The station had been closed last Thursday evening because of the fire. According to the fire brigade, a switchboard in the ICE was on fire. The smoke spread very quickly. One person is said to have suffered mild smoke inhalation. / www.presseportal.de/nr/150657 / Picture rights: picture alliance/dpa/WupperVideo / Photographer: Daniel Evers

Just in time for a stroke of luck! The sigh of relief after the ICE fire at Cologne-Bonn Airport station on 10 November 2022 was clearly audible. The consequences of the fire, which apparently started in a control cabinet of the train, could have been much more devastating. With preventive fire protection, for example in the form of the AMFE mini fire extinguishing system from the JOB Group (Ahrensburg near Hamburg), it would not have had to come to this.

It was a moment of shock for hundreds of passengers: on the way from Frankfurt to Cologne, an ICE train of the Deutsche Bahn suddenly developed heavy smoke. The train and platform were hastily evacuated and the fire was extinguished by the emergency services at Cologne-Bonn airport station. The result: considerable damage to property and one injured person who was admitted to hospital with smoke poisoning. Spokespersons for the fire brigade are quoted in the media as saying that the fire probably started in the area of a switchboard.

Such incidents of damage are anything but rare. Short circuits and cable fires in control cabinets can have serious consequences and lead to property damage and personal injury. Fatal: the fires are usually discovered too late. Namely, only when toxic and poisonous smoke is already spreading or flames are bursting out of the control cabinet. Special extinguishing devices or equipment-integrated fire protection – such as the AMFE system from the JOB Group – are designed precisely to identify such events at an early stage and extinguish fires before they become a problem.

“By being installed directly in electrical equipment, the mini fire extinguisher can detect and report fires at an early stage of development and at the same time still extinguish them automatically before they spread further,” describes Rajko Eichhorn, Senior Business Development Manager for equipment-integrated fire protection at JOB: “AMFE is already proving its worth in many thousands of control cabinets worldwide, whether on trains, at airports or in numerous production areas, for example.”

Since, according to surveys by insurers, defective electrical systems are one of the most frequent causes of fire – and not only – in Germany, preventive fire protection is all the more recommendable. It can not only protect human life, but also preserve material assets and help avoid costly business interruptions.

Awarded the VdS seal of quality

Good to know: AMFE is the first extinguishing system of its kind to be awarded the VdS seal of approval by the German insurance industry. This confirms the reliability and effectiveness by independent testing laboratories of VdS Schadenverhütung GmbH. If switch cabinets were also consistently equipped with the mini fire extinguishing system in trains, passengers would therefore be able to travel all the more safely and carefree in the future. In addition, the AMFE system has been tested by TÜV Nord for use in rail-guided vehicles in accordance with ARGE Part 1 & 2, DIN EN 45545-2.

About the AMFE mini fire extinguisher

AMFE stands for Automatic Miniature Fire Extinguishing Unit. The modular system detects, reports and extinguishes an incipient fire directly in the electrical device, thus preventing greater damage. The mini fire extinguishers are already in use in many sensitive areas, for example in media technology at Frankfurt Airport, in production control cabinets at power tool manufacturer Festool, at household appliance manufacturer Liebherr, tour operator FTI Group or at the OeTTINGER brewery, one of the largest breweries in Germany.

Every two minutes there is a fire in Germany (Statista) and every six minutes electricity is the cause, according to the damage research institute IFS in Kiel. Many fires start inside electrical equipment and not infrequently lead to cost-intensive business interruptions in industrial companies. According to the Allianz Risk Barometer 2022, business interruptions are the second largest business risk for companies after cyberattacks. Based on various statistical data, it can be assumed that 40% of companies that have experienced a major fire event are insolvent after the first year, and after three to five years the figure is around 70%.

As an excerpt of some events of the last few months shows, there are regular fires in control cabinets: