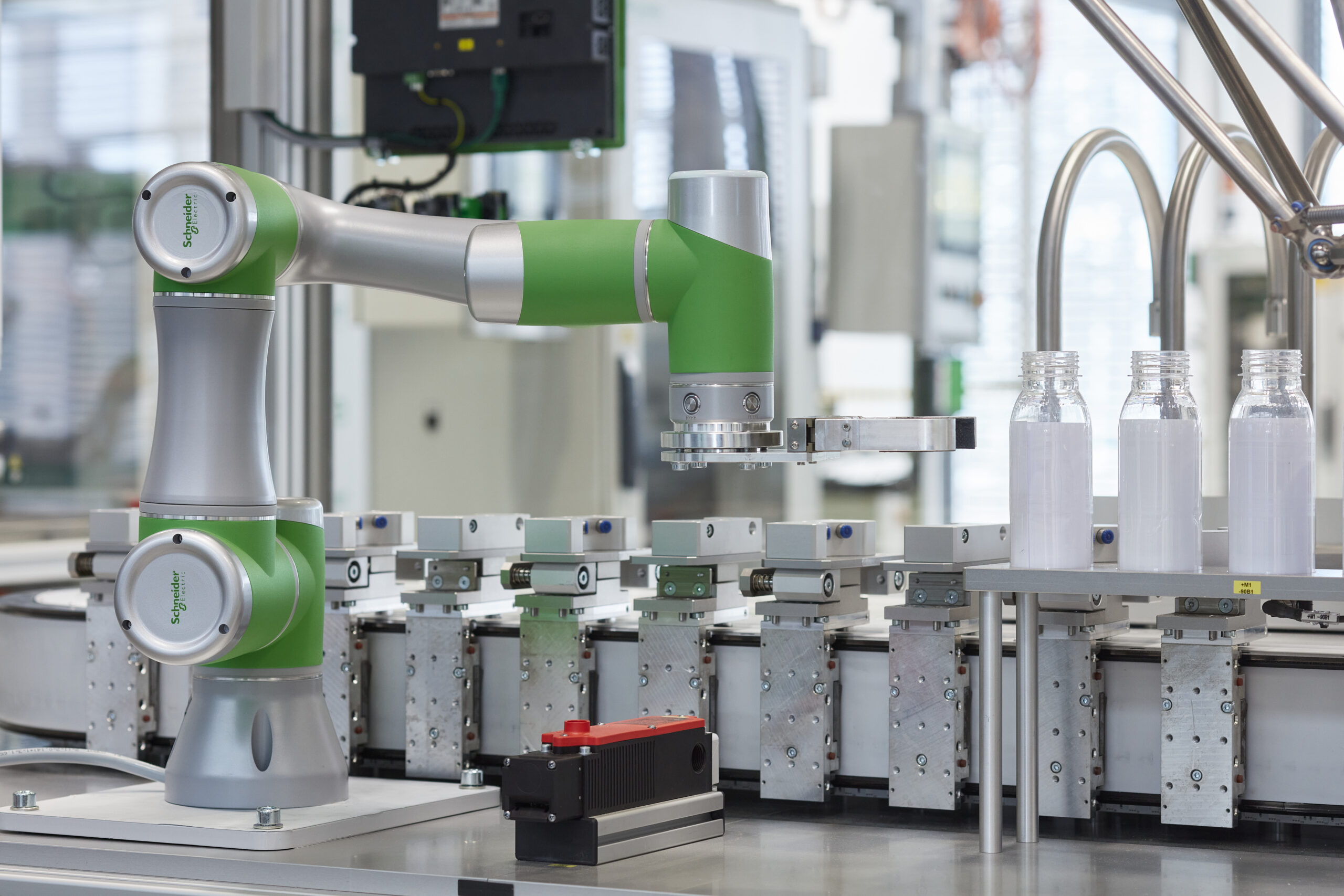 Schneider Electric at the SPS: Automation, energy optimisation and software: At a CO2-neutral trade fair stand in Hall 1, Stand 540, Schneider Electric will show how a high sustainability standard can enable competitive business even in times of crisis.

When the SPS trade fair begins in Nuremberg on 8 November, tech group Schneider Electric will also be there. The company, which has around 4,700 employees in Germany, develops digitally networked hardware and software solutions for its customers in small and medium-sized businesses, industry and mechanical engineering that are all about energy efficiency, sustainability and climate protection. And it has been doing so for more than a decade. As the company will show at its completely CO2-neutral trade fair stand, it is possible to reduce a company’s ecological footprint and at the same time increase competitiveness and innovative strength with IoT-capable automation technologies. To this end, Schneider Electric relies, for example, on a manufacturer-independent and software-centred automation approach, the industrial suitability of which is demonstrated by its customers Wilo and GEA. In addition, the Lexium MC12 multi carrier and, for the first time, the new Cobot from the Lexium range will be on show at Stand 540 in Hall 1. Another focus will be on the software portfolio of Schneider Electric, which will be represented there with the LMS Life line monitoring system, among other things. The range will be complemented by software partners AVEVA and OSIsoft, as well as ProLeiT, a supplier specialising in industry-specific MES solutions, which will be presenting a new batch orchestration system.

Automation for the IIoT age

A characteristic feature of Schneider Electric’s automation portfolio is that it combines the aspects of automation, energy optimisation and software. All command and signalling devices, drives, controllers, PLCs and software solutions are part of the open and scalable IoT architecture EcoStruxure. This level of digital networking helps to make connections visible that would otherwise have remained invisible.
An open digitalisation approach is naturally opposed to proprietary control systems. “An automation approach that decouples hardware and software is much better suited for changeable plants with short changeover times. The fact that I can distribute my code to my mechatronic components as needed, independent of the control system, gives me an enormous degree of flexibility and resilience. Moreover, with manufacturer-independent automation, the connection to IT systems is considerably simplified and the life cycles of hardware and software no longer have to run in parallel. This is a very important point with regard to investment security,” explains Dr. Barbara Frei, who as Executive Vice President is responsible for Schneider Electric’s worldwide industrial business.
For the plant or machine manufacturer, there is also the fact that with this type of automation approach, the supplier is no longer decisive for the hardware selection. Instead, only functionality or availability are decisive. Schneider Electric customers Wilo and GEA are represented at the trade fair stand and demonstrate how this type of automation works.

Energy efficiency has not only been a topic at Schneider Electric since the beginning of the energy crisis. The development of frequency converters or soft starters has long been part of the company’s core competence. Just in time for the SPS trade fair, the tech company has launched another soft starter. The Altivar ATS 480 model not only enables gentle and energy-efficient ramping up and ramping down of electric motors, it also comes with a high level of IIoT connectivity.

Sustainability is firmly anchored in Schneider Electric’s corporate DNA. For more than 15 years, the company has been making its contribution to an economically and socially compatible climate change with innovative solutions. In this sense, Schneider Electric sees itself as an impact company that empowers its customers and partners to achieve sustainable economic success. At the same time, it is also about standing up for values: corporate culture and ecosystem are closely aligned with modern ESG criteria. Schneider Electric was awarded the independent German Sustainability Award in 2021 and has been named one of the world’s most sustainable companies by Corporate Knights several times.