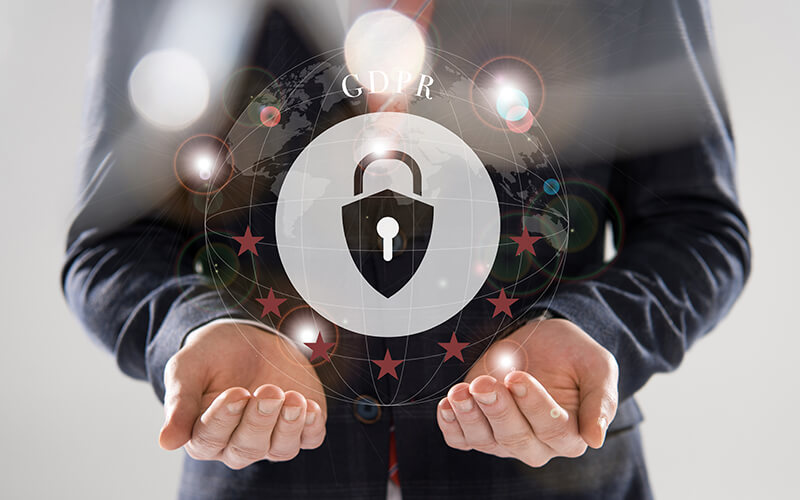 The Hessian Minister of the Interior, Peter Beuth, has awarded the outgoing President of the Hessian Fire Brigade Association, Dr. h.c. Ralf Ackermann, with the highest fire service honour in Hesse. During the LFV association meeting in Bad Homburg, Dr. Ackermann, who retired after 28 years at the helm of the association, received the Golden Fire Protection Merit Badge as a pin cross for his outstanding commitment to the Hessian fire service and his work also at federal and international level, which was the first time ever awarded under this aspect. The delegates elected the previous Vice President Norbert Fischer as the new President.

“The extraordinary commitment of Dr. Ackermann and his determined, outstanding dedication to fire protection in Hesse and beyond the state borders deserve high respect and recognition. In the past almost three decades at the helm of the Hessian Fire Brigades Association, he has politically pushed relevant issues for the Hessian fire brigades with courage, determination, assertiveness and negotiating skills, and has made a significant contribution to Hesse’s pioneering role nationwide in terms of equipment, technology and training in fire protection and disaster control, and to our exemplary position in promoting voluntary work. I am sure that the current Vice President Norbert Fischer, as the new Association President, will continue the business of his predecessor with his decades of experience in local politics and the fire service with great commitment. The successful handover of the baton ensures that the Hessian fire brigades will continue to be effectively represented,” said Minister of the Interior Peter Beuth.

In the course of the association meeting, Minister of the Interior Peter Beuth emphasised the importance of effective fire protection and disaster control for the safety of the population. In order to prepare the Federal Republic of Germany in the best possible way for a possible crisis or defence situation, it is currently necessary to reorganise civil defence and bring it to the centre of society: “While the federal states, and of course we in Hesse in particular, ensure efficient fire and disaster protection and are currently strengthening it in a targeted manner due to the events in the Ahr valley and in the Erft district, the federal government must also take the current events in connection with the Ukraine crisis as an opportunity to reorganise civil defence and adapt it to the changed requirements. We will therefore – together with the state fire brigade association and with the involvement of the Hessian relief organisations – pay very close attention to the fact that the federal government is finally fulfilling its obligations in the area of civil protection. This includes an equipment offensive to fundamentally modernise the federal government’s material for civil defence, an increase in efficiency in procurement procedures, the examination of the shelter concept, an expansion of the federal funding programme to upgrade the nationwide warning infrastructure and especially the siren network, as well as a pronounced promotion of volunteerism to strengthen civil defence.”

Unfortunately, the omens for this were bad, said Peter Beuth, in view of current reports that contrary to previous announcements, a cut from 174 to 112 million euros (- 40 per cent) was planned for the area of the Federal Office for Civil Protection and Disaster Assistance (BBK) in the coming budget.

“We need to invest more instead of less. Now is certainly not the right time to make major cuts in the areas of civil protection and disaster relief. In view of the war in Ukraine and in response to increasing climate change, it is incomprehensible that expenditure for the Federal Office of Civil Protection and Disaster Assistance is currently to be cut by 40 per cent alone. In troubled times, this jeopardises the necessary strengthening of the resilience of our civil protection, which also includes the nationwide modernisation of the siren network. On behalf of all Union-led interior ministers, I call on the Federal Minister of the Interior to advocate for a significant increase in funding in her area of responsibility so that at least the jointly agreed goals for security in our country can be achieved,” Interior Minister Peter said at the association meeting.

This demand is fully shared by the State Fire Brigades Association: “With its decision on the massive cost-cutting measures at the BBK, the federal government is refusing to provide the urgently needed support for the largely volunteer emergency forces in civil protection equipment and is thus leaving the sole responsibility for the safety of citizens to the states. Hessen has been comprehensively facing up to its responsibility in civil protection for years – the federal government must now finally do the same for civil protection,” emphasised the outgoing LFV President Dr. h.c. Ralf Ackermann in Bad Homburg.