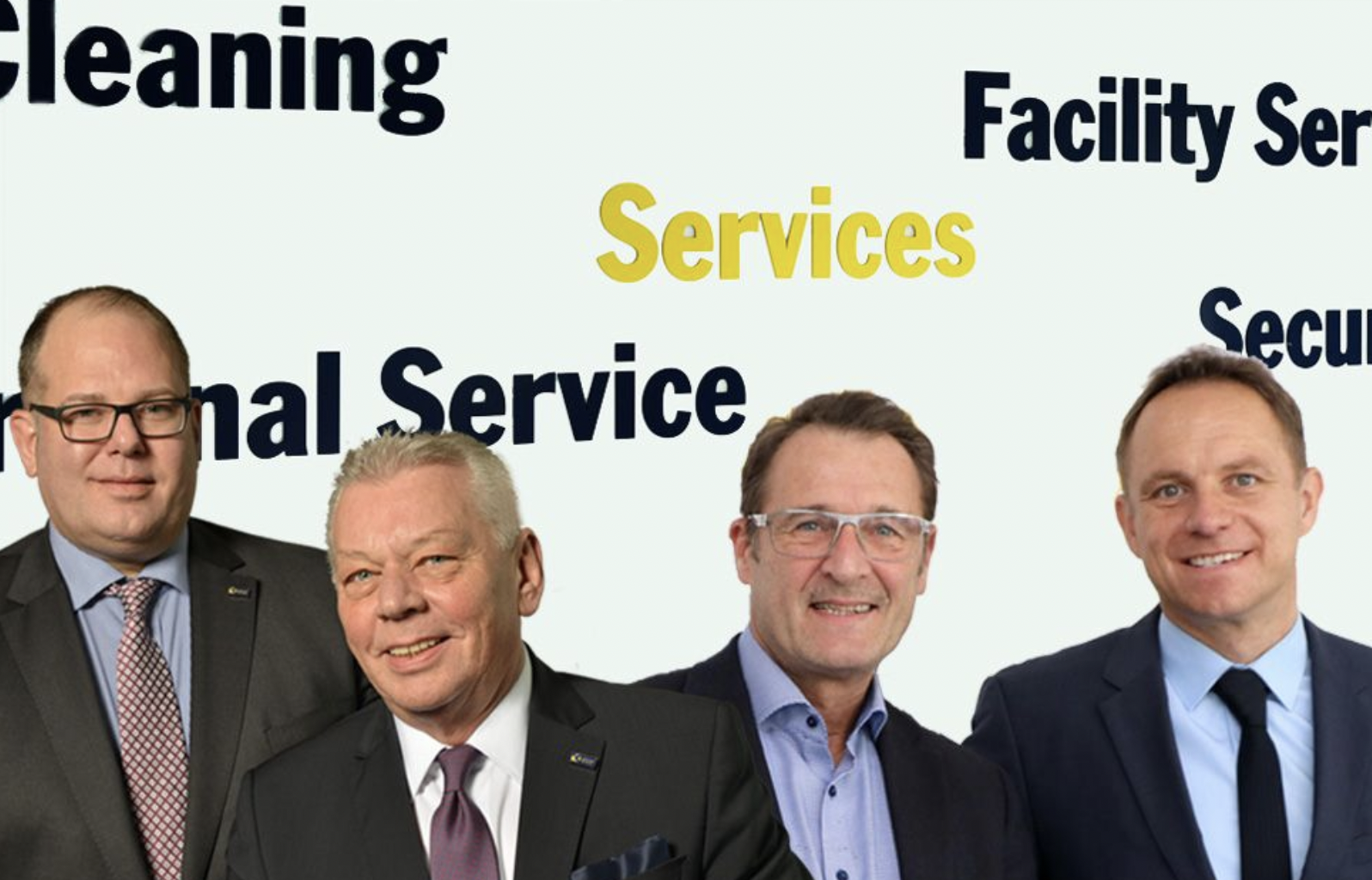 Shortly before the turn of the year, a double era comes to an end: After more than 40 years and more than 25 years of service, respectively, the managing directors Bernd Jürgens and Winfried Graf, two “veterans” of the KÖTTER group of companies, retire. Their successors are Daniel von Grumbkow and Thorsten Rüßel. The baton change is already being initiated today: Thorsten Rüßel will take over responsibility for the KÖTTER Personal Service division with immediate effect, Daniel von Grumbkow will then be responsible for the business of KÖTTER SE & Co. KG Security Hamburg.

Board of Directors Friedrich P. Kötter thanked the outgoing leaders for their huge commitment, the ever-trusting cooperation and the pioneering direction of their areas of responsibility. “They have, each in their own way, decisively shaped our Group. After all, Mr Jürgens and Mr Graf have accompanied two generations of our entrepreneurial family at the same time.”

Bernd Jürgens
With Bernd Jürgens, an executive leaves the company who knows the business from the ground up like hardly any other manager in the industry. And because of this – coupled with his commitment in particular to the Federal Association of the Security Industry (BDSW) in Bremen and Hamburg – he is regarded as a major figure in the industry, not only at KÖTTER Security, but far beyond.

Starting in 1982 as a commercial employee in Bremerhaven, he then climbed the entire career ladder: Operations Manager in the Bremen branch in 1984, Operations Manager one year later and Branch Manager in 1987. His know-how and dedication made him eligible for even higher tasks: in 1994 he became authorised signatory, five years later managing director and later managing director of today’s KÖTTER SE & Co. KG Security, Hamburg.

He also earned special merits in the context of his responsibility for the money & value business, which belonged to KÖTTER Security until 2018.

His flair for people, with which he gained great recognition and popularity among customers and employees, has always been a defining feature of his work.

Winfried Graf
Entrepreneurial drive and constant fairness are two attributes that closely connect Bernd Jürgens with Winfried Graf. After studying law and working for an international personnel service provider, he joined the family business in 1997 – and was thus instrumental in founding the KÖTTER Personal Service division.

The enthusiastic sportsman drove the growth forward with ambition. Thus, the start in Düsseldorf in 1997 was followed by further branches of today’s KÖTTER Personal Service SE & Co. KG – and the nationwide expansion. At the same time, KÖTTER Projektservice und Management GmbH was launched as a specialist for work contracts.

The success was not only reflected in new contracts and increasing numbers of employees. In 2015, it also led to the spin-off of KÖTTER Instore Logistics SE & Co. KG, which pushed the business with instore and warehouse logistics for wholesalers and retailers.

Continuity guaranteed
With Daniel von Grumbkow, an experienced manager will be at the helm of KÖTTER SE & Co. KG Security, Hamburg, who has already worked for the company for almost ten years as an authorised signatory. Continuity is therefore guaranteed together with the experienced team in the north.

Thorsten Rüßel has been active in the temporary employment industry since 2007 and has gained extensive experience in various positions. In the past ten years or so, he has held the position of managing director.