Council of Ministers approves Phase II of the BayZBE
 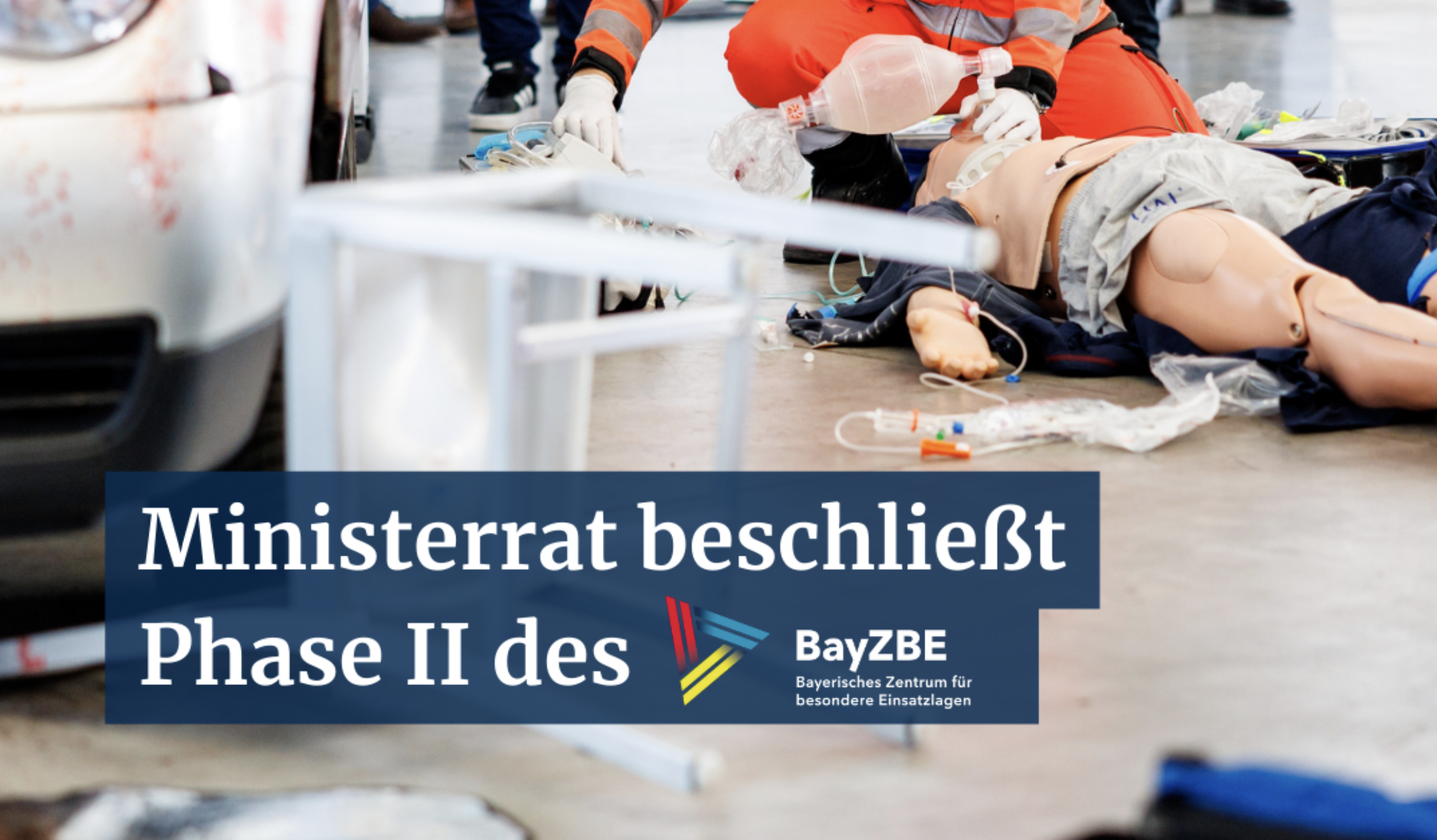 Bavarian Centre for Special Operations: We welcome this decision together with our shareholders of the “Bayerisches Zentrum für besondere Einsatzlagen gGmbH”.
On 8 November 2022, the Council of Ministers approved the implementation of Phase II of the BayZBE (Bavarian Centre for Special Operations). The BRK welcomes this decision on behalf of the shareholders of the “Bayerisches Zentrum für besondere Einsatzlagen gGmbH”.
BRK President Angelika Schorer: “The Bavarian emergency forces can test various scenarios with state-of-the-art technology at the BayZBE and thus act safely in an emergency – preparation is everything in special operations where the lives of the emergency forces are endangered, for example by amok or terror.  We are pleased that the Council of Ministers has approved ‘Phase II’ of the centre, which means that even more training opportunities can be created in the future to prepare for dangerous missions.”
The BayZBE is to grow to a total of three properties. State-of-the-art training and simulation areas will make it possible to train in both urban and rural areas. The BayZBE will then also be able to simulate motorway sections, track areas or destroyed infrastructure. VR technology and 5G mobile communications technology in the form of a campus network will also be used.

The Bavarian Centre for Special Operations gGmbH is a non-profit company and was founded at the beginning of August 2019. The shareholders include the four aid organisations Arbeiter-Samariter-Bund Bayern e. V. (ASB), the Bavarian Red Cross (BRK), Johanniter-Unfall-Hilfe e. V. (JUH) and Malteser Hilfsdienst e. V. (MHD). Substantially supported by the Free State of Bavaria, the BayZBE is an institution committed to disaster control. The focus is on the training of emergency forces with an emphasis on special situations in which the lives of the emergency forces are endangered (e.g. by amok or terror). Simulation courses and training take place at the training centre in the northern Upper Palatinate in Windischeschenbach. As a centre of excellence, we prepare officers and leaders for special situations. The Free State of Bavaria is providing significant support for this project with funds from the Special Investment Programme for Civil Protection Bavaria 2030.