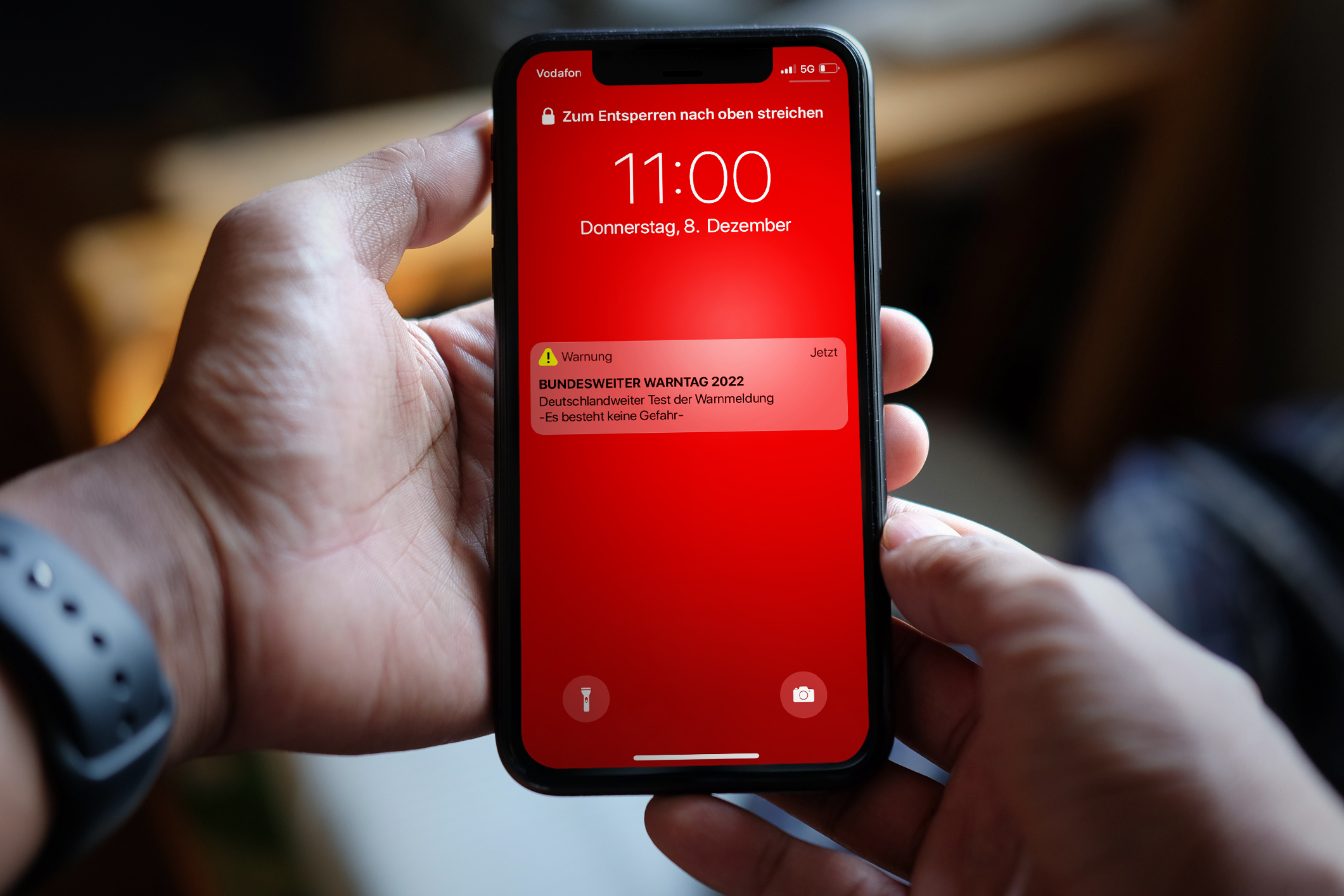 Background: After the flood disaster in July 2021, the federal and state governments decided to introduce Cell Broadcast in Germany as well. Since then, mobile operators have been supporting the implementation of the new warning system. Vodafone has already introduced Cell Broadcast in other European countries and has also advised on the details of technical implementation, data protection and security requirements as well as systemic processes in Germany. In the future, Cell Broadcast will complement the existing mix of analogue and digital warning channels in Germany – such as sirens, radio, TV or apps. Unlike warning apps such as Nina or Katwarn, Cell Broadcast works without an app.

Cell Broadcast makes it possible to send warnings to a large number of people in a simple, fast, targeted and data-saving way, making it ideal for emergency alerting. It works like this: The relevant authorities receive notification of imminent disasters or disasters that have already occurred and define an area for which the warning applies. They transmit this information to the mobile phone operators and send the warning as a text message via the mobile phone network.

This is how the Cell Broadcast Warning System works. The warning message comes directly to the user’s mobile device. Vodafone. © Vodafone

Unlike a text message, but similar to the radio, all devices that are registered in the radio cells of the respective region receive the warning message – hence the name Cell Broadcast. Depending on the warning level, the devices emit a warning tone even in silent mode and they display a text message at the same time. This can be, for example, a warning of severe weather, fire or a natural disaster. Cell Broadcast also works when the network is heavily loaded and without a data connection.

The prerequisite is that the mobile device (mobile phone, smartphone, etc.) is switched on and ready to receive and is compatible with Cell Broadcast. Vodafone therefore recommends its customers to check in good time before 8 December whether their own end device supports the Cell Broadcast function. This requires the operating systems in the following versions:

If these versions are not yet available on the end device, an appropriate update should be installed.

The use of Cell Broadcast complies with data protection regulations. No personal data is collected or processed during the broadcast. The transmission of warning messages via Cell Broadcast is an anonymous procedure that uses the readiness of the mobile phone terminal to receive in a radio cell of the mobile phone network. In this way, mobile radio terminals located in a potential danger area can be radioed with a warning message without the need for prior registration or provision of personal data. Unlike other warning systems such as Nina or Katwarn, customers do not have to have an app to be alerted.

To ensure that the first nationwide test on 8 December is a success, Vodafone has already tested the new Cell Broadcast technology in live operation in August 2022 and also end-to-end. The tests in Düsseldorf and Hanover were successful. The nationwide warning day is important to gain experience and to rehearse the case of emergency. The support of the population during the test phase helps to improve the introduction of Cell Broadcast and to make the warning system safer overall.