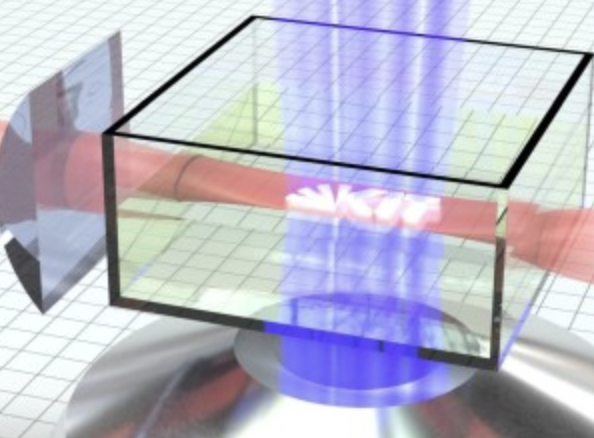 Researchers at the Karlsruhe Institute of Technology (https://kit.edu) (KIT), together with colleagues at the University of Heidelberg and Queensland University of Technology, have developed a laser printing process that can print micrometre-sized parts in the blink of an eye. Details can be read in “Nature Photonics”.

In “light-sheet 3D printing”, blue light is projected into a container filled with a resin. The blue light pre-activates the resin. In a second stage, a red laser provides the additional energy needed to cure the resin. However, 3D printing can only print quickly if the resin quickly returns from its pre-activated state to its original state. Only then can the next layer be printed.

To take advantage of the new resin, the researchers built a special 3D printer that uses blue laser diodes to project images into the liquid resin using a high-resolution display with a high frame rate. The red laser is formed into a thin “light sheet” beam and crosses the blue beam vertically in the resin.

With this arrangement, the team has 3D printed micrometre-sized parts in a few hundred milliseconds. However, it should not stop there: “With more sensitive resins, we could even use LEDs instead of lasers in our 3D printer,” adds KIT expert Martin Wegener. “Ultimately, we want to print centimetre-sized 3D structures while maintaining resolution in the micrometre range and high printing speeds.”