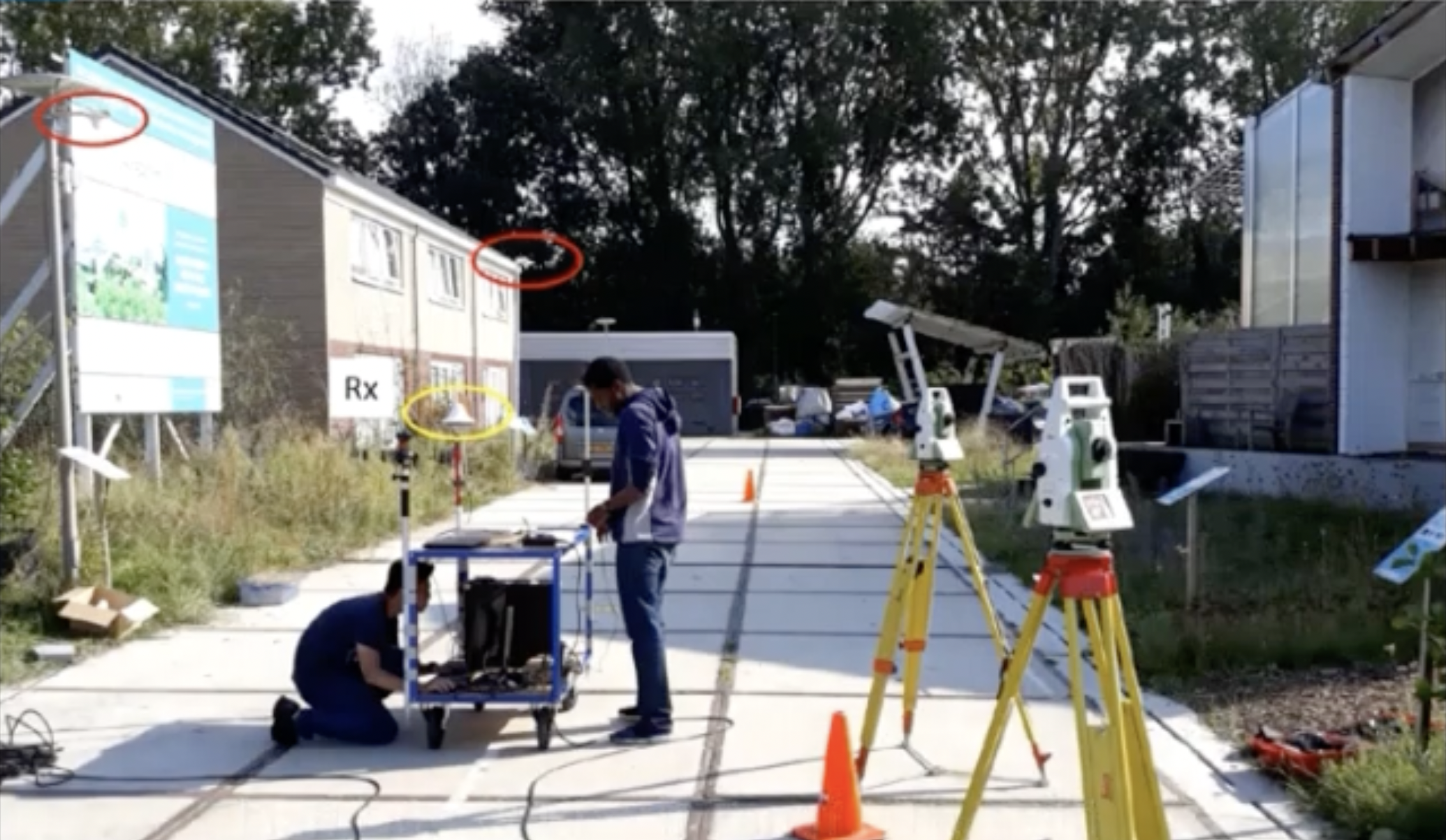 A navigation system primarily for urban environments that achieves an accuracy of plus/minus ten centimetres and does not require satellites has been developed by researchers at Delft University of Technology (TU Delft) together with colleagues at the Vrije Universiteit Amsterdam and the Nationaal Metrologisch Instituut (VSL). Satellite-based GPS only comes within plus/minus ten metres, so it is unsuitable for high-precision navigation. The “super GPS” could above all make autonomous driving easier and safer.

Doing without satellites
The goal was an alternative positioning system that uses the mobile phone network instead of satellites and is more robust and accurate than GPS. “We realised that with some breakthrough innovations, the telecommunication network can be transformed into a very accurate alternative positioning system that is independent of GPS. We have developed a system that offers connectivity like existing cellular and WLAN networks, as well as accurate positioning and time distribution like GPS,” says Jeroen Koelemeij of the Vrije Universiteit Amsterdam.

To do this, the researchers connect the mobile network to a very accurate atomic clock so that it can send perfectly timed messages for positioning, just like GPS satellites do using the atomic clocks they carry on board. These connections are made over the existing fibre optic network. “We are transforming the mobile network into a nationally distributed atomic clock. This enables many new applications such as very accurate positioning. With the hybrid optical-wireless system we have now demonstrated, basically anyone can wirelessly access the national time produced at VSL. It basically forms an extremely accurate atomic clock, accurate to a billionth of a second,” explains Erik Dierikx of VSL.

Interfering reflections eliminated
In addition, the new system uses radio signals with a bandwidth that is much larger than usual. “Buildings reflect radio signals that can confuse navigation devices,” clarifies Gerard Janssen of TU Delft, adding. “The large bandwidth of our system helps to sort out these confusing signal reflections and enables higher positioning accuracy.”