Bavaria’s Interior Minister Joachim Herrmann has expressly welcomed the Federal Ministry of the Interior’s nationwide ban against the “United Tribuns” rocker group. “This is a sensitive blow against a serious criminal organisation,” said the minister. “We are taking consistent and resolute action against violent and dangerous rockers.” The ban also means that no more symbols of the “United Tribuns” may be displayed in public, for example on frocks: “With this, we are banning important identification features of the rockers and their martial symbols with which they want to intimidate people.”

According to the findings of the security authorities, the members of the “United Tribuns” have deliberately joined forces to commit serious crimes. In doing so, they have tried to assert and expand their sphere of influence against competing groups by force. The members had repeatedly attracted attention by committing drug and weapons offences, grievous bodily harm and sexual offences.

On 14 September 2022 operational measures were also taken in Baden-Württemberg on the occasion of the nationwide ban of the rocker-like group “United Tribuns” and its sub-organisations.

Deputy Prime Minister and Minister of the Interior Thomas Strobl said: “Today shows that the state enforces its monopoly on the use of force with all available means under the rule of law. Criminal organisations that place themselves above the law will be decisively dismantled. The ‘United Tribuns’, founded in 2004 in Baden-Württemberg, which attracted public attention at their peak in this country, for example, through a show of force with about 150 members from all over Germany, will in future no longer pose a threat to the general public. The ban and the enforcement measures carried out today thus represent another significant blow against organised rocker criminality and underline its consistent fight by the security authorities.”

To implement the ban on the association, search warrants were executed this morning at a total of five properties of board members in all four administrative districts under the direction of the State Criminal Police Office of Baden-Württemberg and the banning orders were handed out by police forces. Forces from the Constance, Pforzheim, Ulm and Reutlingen police headquarters, as well as special units and special forces from the Einsatz police headquarters were involved in the measures. A total of 107 police officers were deployed. The association has thus been dissolved and any further activity has been prohibited.

The “United Tribuns” were founded in 2004 in Villingen-Schwenningen and subsequently rose to become one of the most powerful and member-strongest groups in Germany. The Federal Ministry of the Interior and Home Affairs has determined that the purpose and activities of the association and its sub-organisations in Germany are contrary to criminal law. The association poses a serious threat to individual legal interests and the general public. The main characteristic of the association is its unlawful self-assertion against competing rocker and rocker-like groups and other organisations. In the past, the group has committed a large number of criminal offences, some of them very serious.

Today’s measures were carried out simultaneously in nine federal countries. 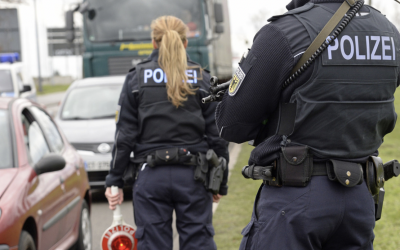 State-wide traffic search day: Targeted fight against mobile crime on the federal motorways in the state

Interior Minister Thomas Strobl: "Baden-Württemberg is not a safe place for criminals - this also applies to our motorways". "Criminals use motorways in the false belief that they can travel there anonymously. This is precisely why there are special search units of... 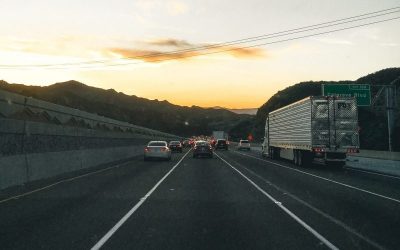 Transit heavy goods traffic must stay on the motorwayDeparture bans and controls signposted along the motorwaysBavaria's Transport Minister Christian Bernreiter: "First-time exit ban to protect residents in July has proved its worth." It was an emergency measure to... 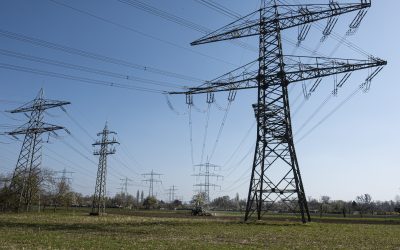 The sustainable transformation of the energy system requires an expansion of the grids in order to integrate renewable sources and transport electricity over long distances. This expansion requires large investments and aims to make the grids more stable. However, by...