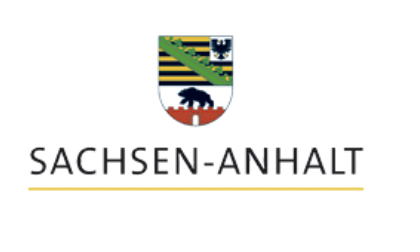 Minister of the Interior Dr. Tamara Zieschang said: “Modern police work requires modern options for action. With the amendment of the law on public safety and order, we are providing our professionally working state police force with modern instruments such as body cams or section-related speed controls.”

From next year on, the amendment to the SOG will, among other things, make it legally possible for the first time to use section-related speed controls (measurement at several points along a stretch of road) for traffic monitoring in addition to conventional speed controls (measurement at a specific point). The possibility of using an electronic ankle bracelet to prevent terrorist offences now has a permanent legal basis after a model trial lasting several years. In addition, the legal prerequisites have been created for the state police to be able to permanently use so-called body cams to document operations in the future.

“Our colleagues in the state police are confronted with violence in their daily work like no other professional group – unfortunately, this violence is also repeatedly directed against the officers themselves, because in their uniform they represent our state for everyone to see. As these representatives of our constitutional state, they also deserve the best possible support,” continued Interior Minister Dr Tamara Zieschang. “If an activated bodycam helps to prevent violence against a colleague in the state police force even in a single case, the permanent introduction of the bodycam has already paid off.”

Background:
The amended regulations of the Public Safety and Order Act (SOG) will come into force on 1 January 2023.

This ensures that the electronic ankle bracelet can continue to be used to prevent terrorist offences after the turn of the year. The electronic ankle bracelet as an instrument to prevent the most serious crimes has become established in many police laws of the Länder since the attack on Breitscheidplatz. Saxony-Anhalt initially chose the path of a pilot project, which is now being seamlessly replaced by a permanent norm of authority. This is based on the conviction that by means of an ankle bracelet a behaviour-steering effect can be achieved and thus the commission of the most serious (terrorist) crimes can be prevented. The possibility of using an ankle bracelet is an important option for the police in the targeted prevention of possible serious crimes.

After a pilot project, the use of mobile video technology (bodycam) is now to be made permanently available as an option for documenting operations. The aim is to protect police officers from violent attacks in their daily work. After the legal basis was created with the SOG amendment, body cams are to be gradually issued to the police authorities in the state starting next year. The goal is to equip all organisational units in the state with a bodycam that are active in patrol and emergency services.

Section control is a relatively new procedure in Germany for section-related speed control. The decisive factor here is not the speed of the measured vehicle at a specific point, but the average speed of the vehicle is determined at several measuring points within a defined section of road. Reference is made to the section control in each case. The section control can be an instrument to increase road safety. For years, inappropriate speed has been the main cause of serious road accidents – last year it played a role in every third fatal road accident.