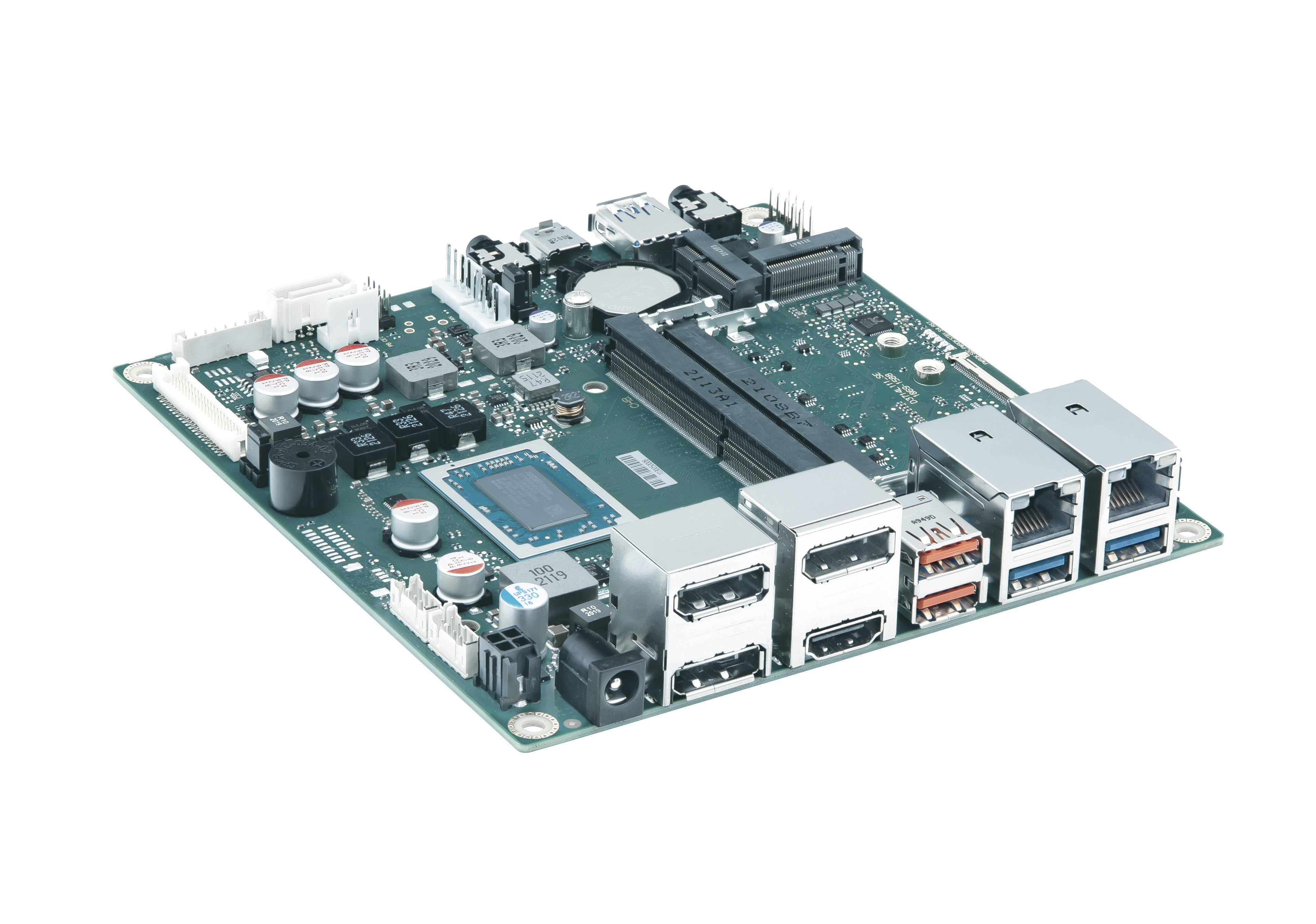 Kontron, a global provider of IoT/Embedded Computing Technology (ECT), presents the D3724-R mSTX, another addition to its portfolio of high-performance industrial motherboards. Up to four independent displays in 4K resolution can be connected to it. This makes the board in the space-saving mini-STX format particularly suitable for graphics-intensive applications such as casino gaming, digital signage, kiosk, medical displays, thin clients as well as ultra-small industrial PCs. Depending on the computing power requirements, the motherboard, which is developed and manufactured in Germany, is available in three versions.

The new D3724-R mSTX industrial motherboard is based on the AMD Ryzen™ Embedded R2000 series processors with integrated AMD Radeon™ Vega graphics and thus offers significantly higher performance than its predecessor R1000 series. It is equipped with up to three DisplayPorts, one HDMI port, one Embedded DisplayPort V1.4 and one dual-channel LVDS (24bit) and drives up to four independent displays in 4K resolution. Other features include USB 2.0, USB 3.2 (Gen1/Gen2) and SATA III, while the M.2 SSD interface (Key-M: 2230/2242/2280) enables the connection of SSD storage devices. AMD’s integrated TPM V2.0 ensures a high security standard for Trusted Computing. The newer Windows 11 is used as the operating system alongside the familiar Windows 10 IoT.

The ultra-compact D3724-R mSTX motherboard, measuring 140 x 148 mm, is a space-saving and lower-cost alternative to Kontron’s D3723-R mITX sibling. It can be used at temperatures from -10 °C to +60 ºC as standard. The SMARTCASE™ S511 provides a suitable chassis kit for universal use.

First samples will be available from January 2023.