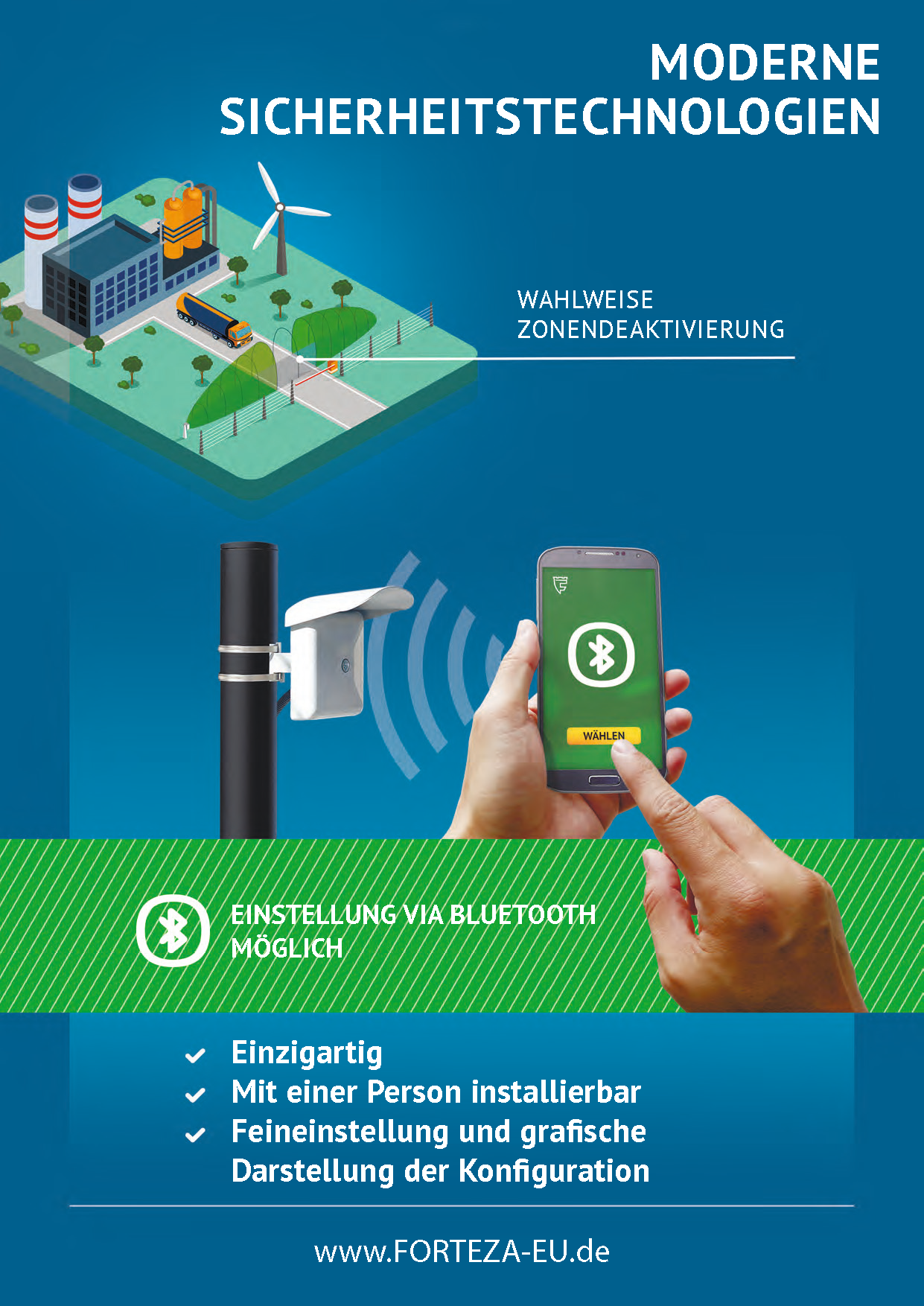 FORTEZA World, as the representative in Germany, is one of the leading companies in its sector, whose focus is on the development, manufacture and distribution of products and systems in the field of perimeter surveillance of buildings and perimeter security.
Forteza World presents microwave sensors based on FMWC radar and modernised software with Bluetooth.
Bistatic microwave sensors are used to detect an intruder in secured objects: Industrial plants, airports, prisons, power plants, etc.  The operating principle is based on the generation of an invisible detection field between the transmitter and receiver. When this field is crossed, changes in the signal level occur at the receiver and an alarm is triggered.