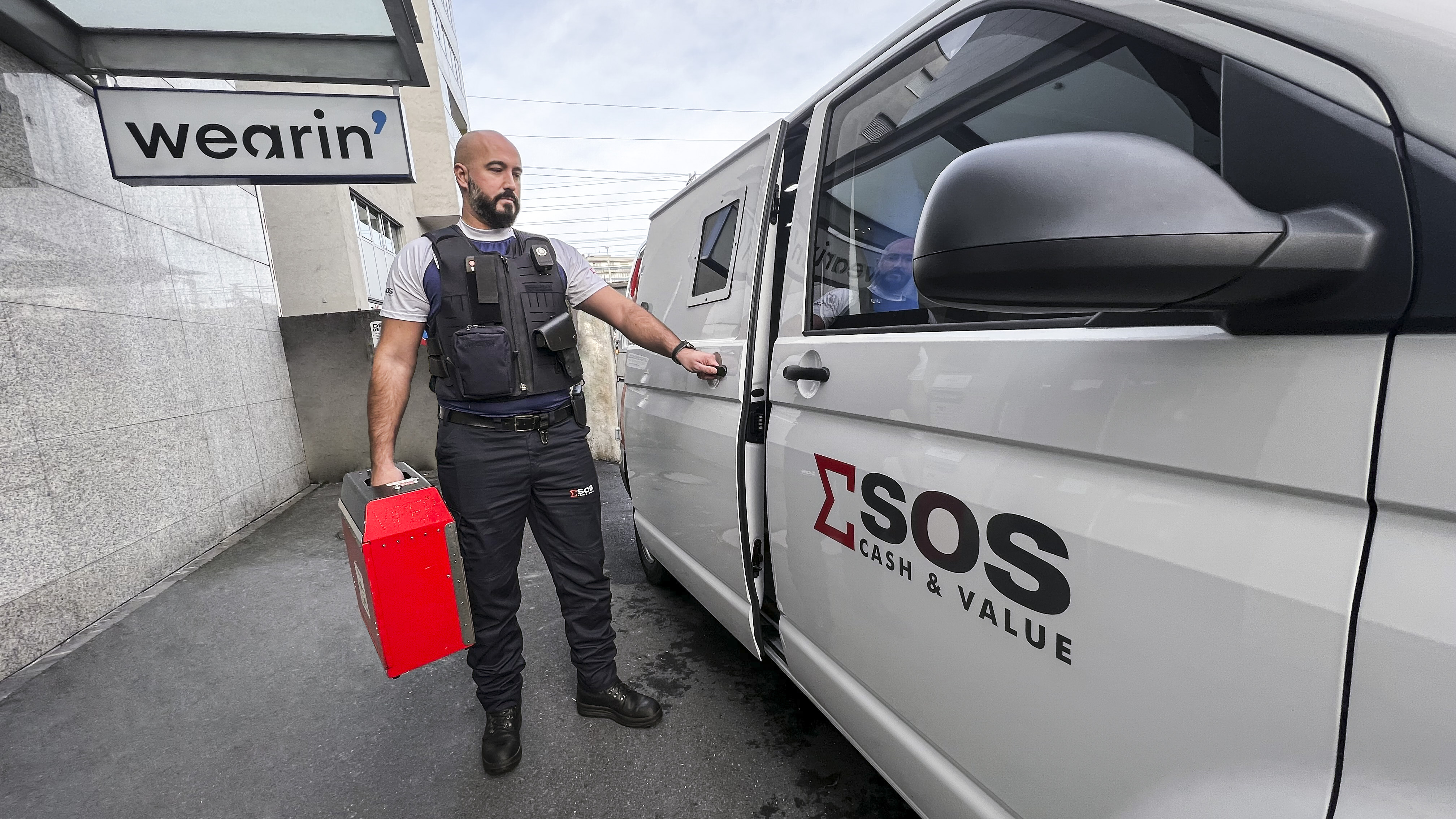 “We had concluded key strategic partnerships at the beginning of the year, launching the race to roll it out in the field. We are excited to see Wearin”s unique technology in IoT and Artificial Intelligence being used to serve connected people – and in the same country where we developed it: Switzerland.”

Since the beginning of October, all couriers of the security company SOS Cash & Value have been wearing Wearin”s bulletproof smart waistcoat. With this IoT solution, the Swiss start-up improves the safety and efficiency of teams on dangerous missions.

The couriers of SOS Cash & Value wear their high-tech waistcoat continuously during their missions throughout Switzerland. The wearable is equipped with environmental and biometric sensors that are connected to the security control centre at the security company’s headquarters in Vernayaz (Valais). The Wearin’ dashboard is integrated into the headquarters’ alert system and provides real-time information on the situation on site. It continuously displays the data collected by the sensors. The armoured car for transport is also equipped with its own sensor. Intelligent algorithms link the biometric data, movement data, acceleration and position inside and outside the armoured car. If the system detects an unusual situation, such as a courier going down (Man down message) or an incident such as an attack on the armoured car raising the stress level, it automatically triggers an alarm. Thanks to the alert system, as well as the communication system through which the couriers are in contact with the control centre, SOS Cash & Value’s operations managers can decide what steps and measures are necessary to safeguard or as part of an intervention by emergency services and police forces at the scene of the incident.

“This personal protective equipment is a revolution in the private security sector,” said Pierre-Yves Glassey, CEO of SOS Cash & Value. “Wearin’ has customised this state-of-the-art solution according to the specific needs of our company; it is as innovative as it is reliable. Our expertise as well as our standards in the field of security were also incorporated. This high-tech bulletproof vest provides a level of security that goes beyond what is common among couriers.”

The technology was developed by Wearin’ research and development engineers in Morges (Vaud) and successfully tested at European level in May 2022 as part of first aid exercises in the event of a major disaster. It is intended for use in organisations whose staff have to coordinate hazardous activities and interventions in the field. This includes police forces, firefighters and first responders, or employees who are on their own in their work in logistics or construction.

“Our IoT technology is unique because of its innovative nature, but also because of its integrability and versatility,” explains Alvaro Goncalves, technical director at Wearin’. “We install it so that it is ready to use right away, end-to-end, on two platforms that are constantly communicating with each other. On the one hand, there is the physical platform in the form of the smart waistcoat worn by our clients’ employees in the field, and on the other hand, there is the digital platform that can be easily integrated into the clients’ monitoring system. On the digital platform, the data from the sensors on the waistcoats are collected and collated centrally. This data is then processed using artificial intelligence and displayed in an app on a security dashboard for the employees of the deployment and monitoring centres. The two platforms are modular and can be further developed. Our solution has been designed so that it can be adapted very easily and very quickly to a client’s specific needs and technological capabilities.”

The security manager of SOS Cash & Value emphasises that the solution guarantees the protection of data: “For the SOS Surveillance group, to which SOS Cash & Value belongs, this is an essential point. Our group wants to set a good example and improve the security of our employees, which is a priority for us. Wearin’ encrypts our data according to the latest industry standards. This protects us from any attempts to decrypt it with criminal intent.”

Jonathan Brossard, CEO of the Conextivity Group, to which Wearin’ belongs, is pleased that the solution is being used worldwide for the first time by a Swiss customer: “Three years have passed almost to the day since the founding of our start-up. We had concluded important strategic partnerships at the beginning of the year, with suppliers who are global leaders in their industry – including, for example, Airbus with its ‘Secure Land Communications (SLC)’ division. Thus, the race was on to launch in the field. We are delighted that Wearin”s unique technology in the field of IoT and artificial intelligence in the service of connected people is being deployed in Switzerland, the country where our solution was developed.”