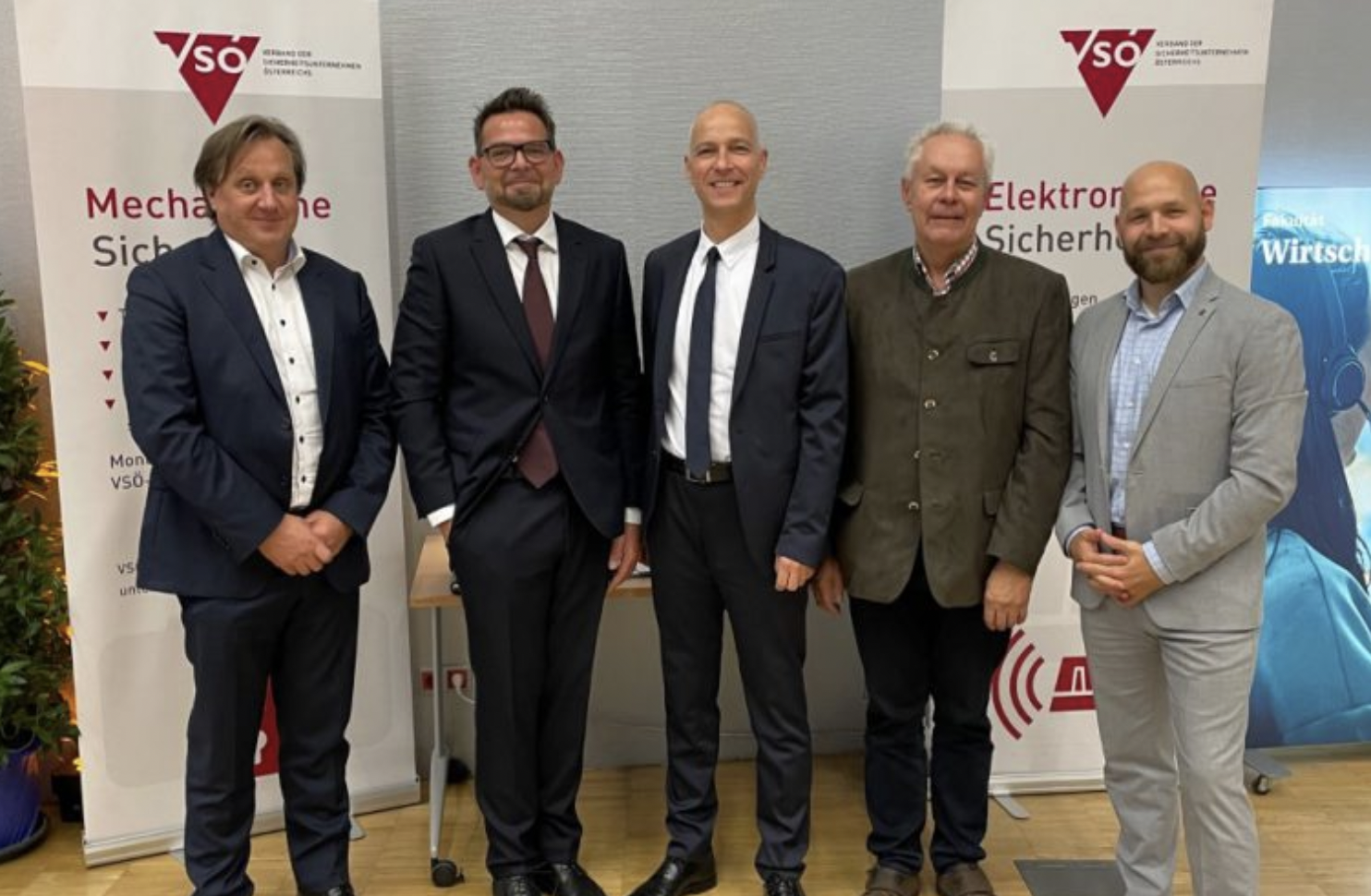 The 20th Security Conference of the University of Continuing Education Krems was held under the motto “A new world disorder? Perspective on security after 20 years of security conference”. The organiser was the Centre for Infrastructural Security, one of the cooperation partners and supporters of the VSÖ (Association of Austrian Security Companies).

“VSÖ has stood for stability for 46 years and is aware of its immense responsibility to make a decisive contribution to national security,” emphasises Herbert Maté, VSÖ President and Chairman of the Mechanics & Mechatronics Division. Therefore, the association is happy to support events on the topic of safety whenever the opportunity arises. “We have been supporting the Safety Conference for years,” adds VSÖ Secretary General Robert Grabovszki, BSc MBA. Dr. Maresa Meissl, Head of Information Security at the European Commission, was invited as keynote speaker. Thomas Mandl, Cyber Defense Consulting Experts e.U., spoke about “Cyber-Security – yesterday, today, tomorrow?”, Herbert Leitold, Graz University of Technology & A-Sit shed light on the topic of “Digital Signature Experts ensured that the Security Conference once again became a top event. The Security Conference took place for the 20th time. During the break and at the buffet, time was used for networking. Another lecture on “Perspectives in times of disorder” was given by Ass. Prof. Mag. Dr. Walter Seböck and Ass.-Prof. Dipl.-Ing. (FH) Dr. Thomas Lampoltshammer – both from the University of Continuing Education Krems.

At the panel discussion on “Disorder – Disorder in Security. What does this mean for the human factor and society?” was attended by mag. Walter Unger, Colonel of the General Staff Service and Head of the Information, Communication Technology Security, Cyber Defence Division of the Austrian Armed Forces’ Defence Office, Mag. David Blum, Deputy Director State Protection and Intelligence Service and Head of the Intelligence Service Division at the Federal Ministry of the Interior, Dr. Claudia Brandkamp, Personnel Security, Threat Management, Deutsche Telekom Security GmbH in Bonn, Tobias Wolf, Group Threat & Incident Manager at Swiss Re in Switzerland, and Dipl.-ing. mag. Andreas Tomek, Partner at KPMG Austria in the area of Global Cyber Leader Cloud Security. General Rudolf Striedinger, Chief of Staff of the Austrian Armed Forces, addressed the topic of security and the role of the Armed Forces. The participants were welcomed by Karl Wilfing, President of the Lower Austrian Parliament, who came on behalf of Governor Johanna Mikl Leitner. The moderator was Mag. Dr. Ingeborg Zeller, the
scientific director of the Krems Security Conference.

The topic of security concerns everyone and therefore the interest in this event is unbroken. The VSÖ is already looking forward to the conference in 2023 and will be back as a cooperation partner.