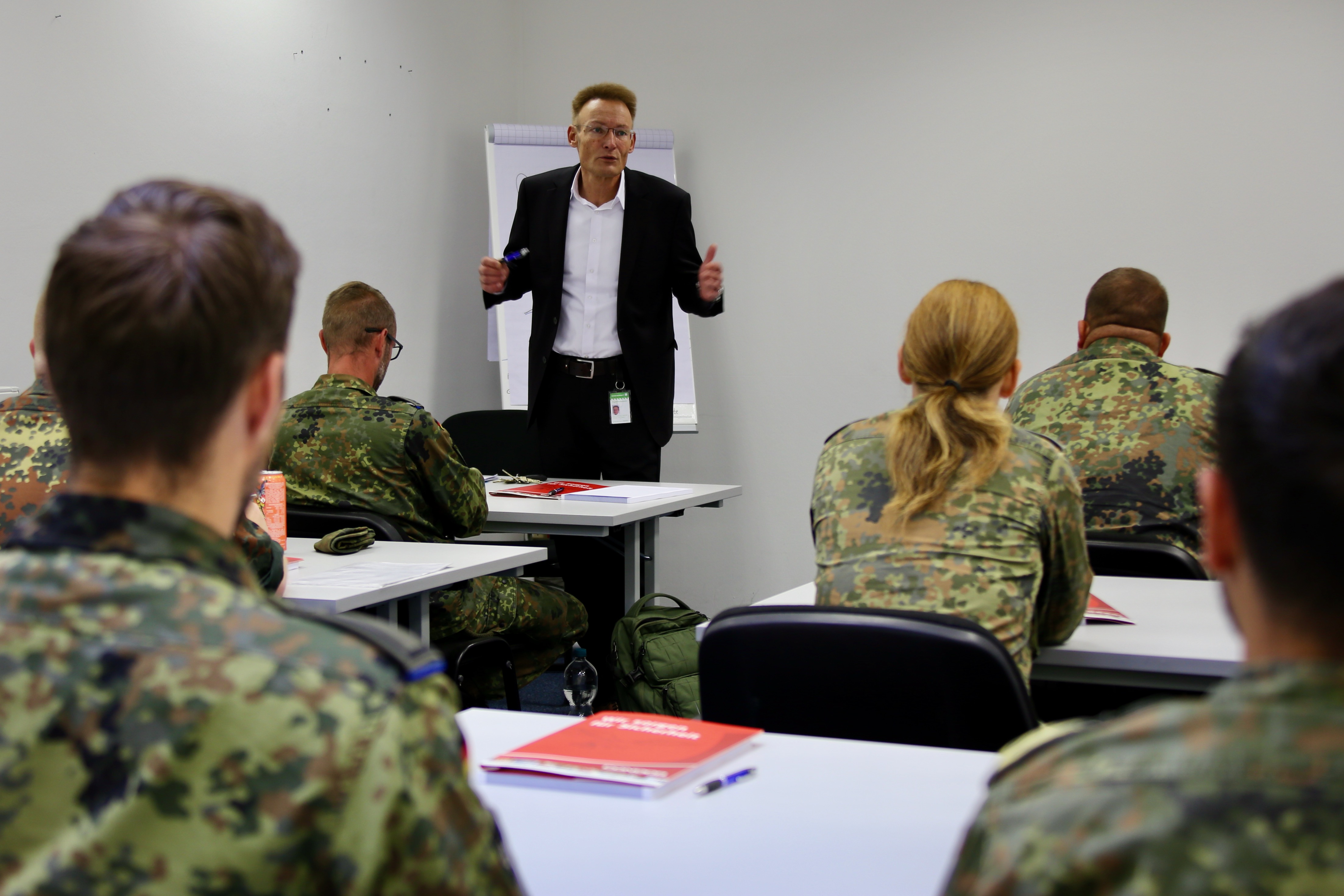 From 28 August to 7 October, Bundeswehr soldiers completed their initial training as aviation security assistants. Since the German Armed Forces deploy on air transport missions abroad mandated by the German Bundestag, among other things, the regulations of the German Aviation Security Act also apply here. In order to comply with these legal regulations, qualified personnel are needed, who are trained by the training academy of the Essen-based CONDOR Group. CONDOR has been a training partner of the German Armed Forces in the field of aviation security for several years. The company had won a Bundeswehr tender with a convincing concept and carries out the task in the company’s own academy rooms at Dortmund Airport, among other places.

For various locations of the CONDOR Group as well as external companies, the CONDOR Academy for Security and Service has been successfully qualifying specialists for civil aviation security at airports and in the cargo sector for many years. On 28 August, the course participants began their training to become air security screeners for the German Armed Forces Personnel and Baggage Control (LSKKBw PGK). One female soldier and eleven male soldiers from different branches of the armed forces and rank groups travelled from all over Germany to the CONDOR Academy at Dortmund Airport. The experienced instructor Ingo Hallmann-Isenrath prepared the participants for the examinations according to the module system of the Federal Ministry of the Interior (BMI). In 266 teaching units, they were enabled to carry out passenger, travel and hand luggage checks in accordance with the legal requirements. Over several examination days, all Bundeswehr members passed a theoretical examination, an image recognition test and the final personal and baggage check.