Football fans go on the rampage in a regional express train
 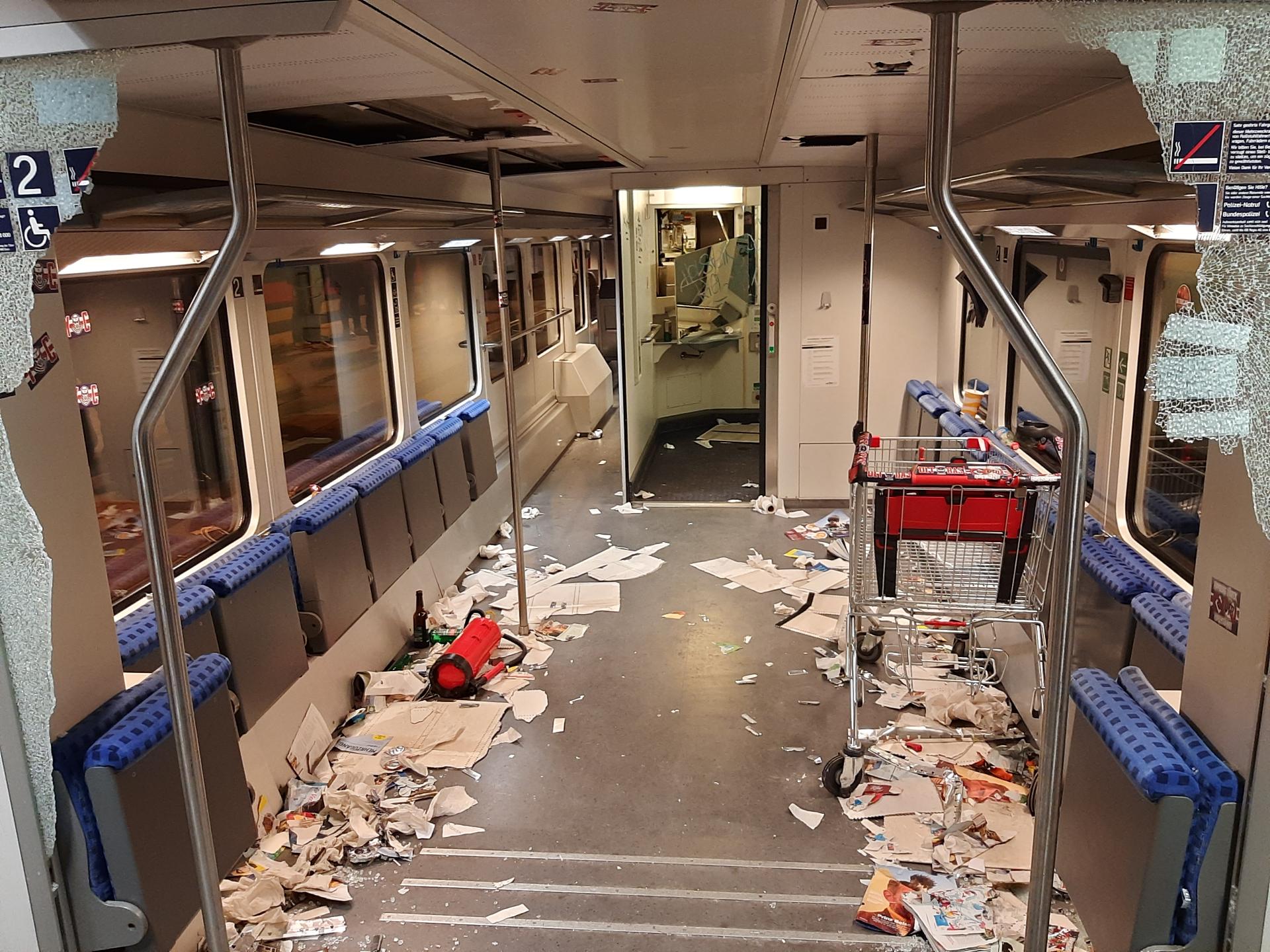 Yesterday evening (08.11) at around 10:30 p.m., a train attendant noticed various damages to property on the train from Hamburg to Kiel and informed the federal police. The coach of the regional express train was so vandalised and damaged that it had to be taken out of service. The Deutsche Bahn train was carrying more than 300 fans of Holstein Kiel, who were on their way back from the away game against St. Pauli. When the train stopped at Kiel’s main station, the football fans behaved in a calm and restrained manner. No police action was taken when they left the station. When the railway employee then went through the train as a matter of routine, the full extent of the destruction became apparent. Officers of the federal police found a number of damages to property. In addition to destroyed glass doors inside the train, parts of the ceiling panelling and the mirrors in the sanitary area of the carriage were also torn out. The evidence shows that the damage was caused with an emergency hammer from the train. Furthermore, windows, walls and mirror surfaces in the entire carriage had been defaced with stickers and paint markers.

Initial investigations by the Federal Police have revealed that supporters of Holstein Kiel are likely to be responsible for the vandalism in the regional express.