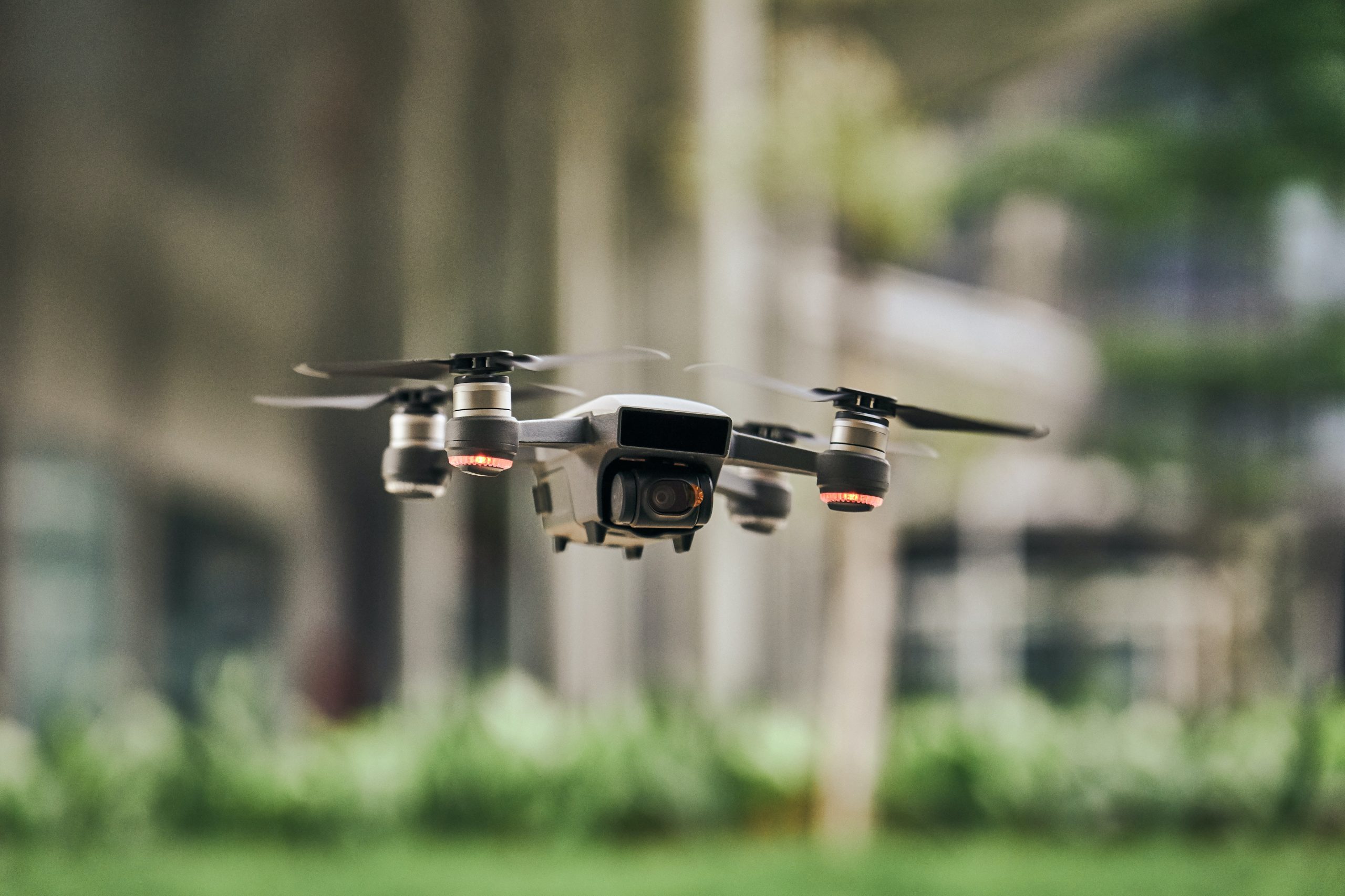 Aerial drones for private and commercial use can now be found in every DIY store. With their wide accessibility and increasingly powerful cameras and sensors, unmanned aerial vehicles pose an increasing threat to perimeter protection.

In recent years, drones have developed into electronic mass-produced goods for everyone. The technological development of the devices is progressing at an unimagined speed and can be compared to the leaps in development of mobile phones. Companies and authorities in the security industry have been making use of the flying eyes for some time now in order to maintain an overview when securing premises or events. They provide indispensable services in the surveillance of open spaces, industrial areas and critical infrastructure facilities. In the event of an alarm, drones provide video recordings within minutes and thus information for site protection.

But with prices from 50 euros upwards, everyone can now afford a drone – and so can criminals. They detect security gaps in the airspace, use the cameras to spy on company secrets, smuggle drugs over border fences or weapons and tools into prisons. They can also be used to tap data from company networks. Companies and organisations should therefore determine their individual drone risk, identify weaknesses in their security system and take precautions.

Incidents involving drones are becoming more frequent – including an increasing number of critical situations. In May 2022, for example, the Brandenburg police reported that a drone came dangerously close to a passenger aircraft and obstructed the approach to the capital’s airport BER. A few months earlier, a quadrocopter missed a Boeing 737 with 189 passengers on board by only a few metres. Apart from the threat to air traffic, incidents in which residents feel spied on by flying cameras are now commonplace.

The EU has recognised the growing security risk and introduced a regulation in 2021 that puts the operation of drones on a legal footing. Drones weighing more than 250 grams must be registered and operators must comply with certain requirements. A remote ID acts as a digital ID and recognisable registration. However, the likelihood that criminals will use a registered drone is rather low.

The EU has recognised the growing safety risk and introduced a regulation in 2021 that puts the operation of drones on a legal footing. Drones weighing more than 250 grams must be registered and operators must comply with certain requirements. A remote ID acts as a digital ID and recognisable registration. However, the likelihood that criminals will use a registered drone is rather low.

A drone is essentially a flying computer. And just like them, they can also be used for cyberattacks, for example to tap data. Those who use drones for perimeter protection should also be aware that a vulnerable target is floating through the air with them. It is also conceivable that malware could be smuggled in via the often poorly protected drone software. Drones in the service of one’s own security department should therefore definitely be checked by the IT department and equipped with appropriate protective measures.

Passive defence as the only choice?

Defence measures are usually limited to structural or technical options to make flying over more difficult or to detect unauthorised drones. These include installations, but also detection devices. In the vicinity of prisons, for example, nets prevent intrusion into the airspace of the compound. Privacy screens, on the other hand, conceal sensitive areas on company premises. Even birds of prey have been considered for drone defence: Police in the Netherlands tested the use of eagles to capture drones. After a test phase, however, the authorities found that the training and efficiency of the birds was more complicated and expensive than expected. The programme was therefore discontinued.

In the meantime, sophisticated systems are available to detect and repel drones. However, many of the solutions offered for active drone defence are not approved in Germany. For example, the use of jamming or spoofing is reserved for official and military security installations in Germany.

Passive defence measures with which companies can protect themselves range from radar and camera detection to RF-3D detection with high-frequency detectors. The industry will present these and other drone defence solutions at Perimeter Protection 2023 in Nuremberg. The trade fair focuses on the security of open spaces and outdoor facilities and integrates the U.T.SEC platform, which focuses on the technical, legal and practical options for the use and defence of drones and other unmanned technologies.