Standards as trendsetters for the security industry
 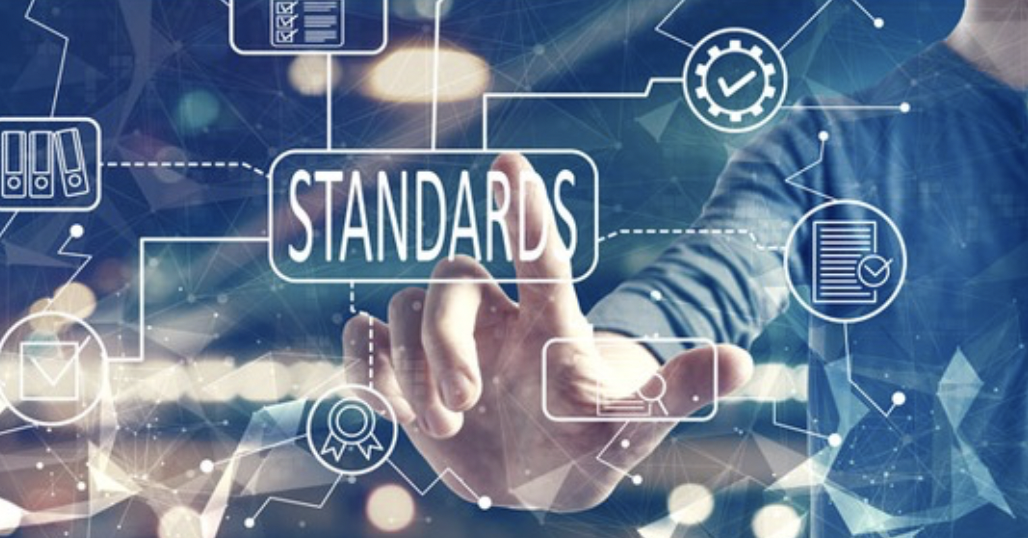 Standards by OSS in conversation with manufacturers and users

The non-profit organisation OSS-Association Open Security Association) establishes standardised protocols for the international security industry. Its members and affiliated companies develop components and codes for security-relevant hardware and software. As part of the first Media Talk, we asked Frederik Hamburg, Chairman of the OSS Association and Managing Director of ZUGANG GmbH, about his motivation and experiences with the adoption of standards in the security industry. We also spoke to Matthias Schmid, Manager in Business Development at ASSA ABLOY, about the advantages of using standards from a manufacturer’s point of view. Another view from the manufacturer’s perspective was given by Harmut Beckmann, Sales Manager at Uhlmann & Zacher, and finally Patrick Senneka, Senior Product Developer in the IT department of Fraport AG, showed us interesting perspectives on the use of standard access control from the user’s point of view.

Frederik Hamburg, what is the motivation for you to stand up for standards in the security industry as chairman of the OSS Association?

Actually, the basic idea comes from the users and thus my motivation comes primarily from those who have many locks in use. Their concern was and is to break away from the proprietary systems of the manufacturers. Because in the meantime the demands on complex security systems have increased. The market is often confusing, and this is where the customers’ desire arose for the different systems to be able to communicate with each other, completely independent of the manufacturers.

When was the OSS Association founded?

The OSS Association was founded in 2015. The idea from the beginning was to develop standards “from the industry for the industry”. In addition, we wanted to go into further development whenever there are new requirements. The members of the OSS Association cover the entire spectrum of the security industry. Together, they can thus contribute to the further development of the standards. The aim is to connect the individual components so that, for example, the key card communicates with the

software to read out authorisations for door locks and access control and time recording systems. This communication is based on standards by OSS to ensure compatibility with and independence from manufacturers of different brands.

Do the users have any influence on the further development?

Absolutely, the users are our first source when it comes to identifying the necessary further developments. The manufacturers and their customers enter into dialogue. Before the pandemic, we held user meetings to find out what customers wanted in direct contact. We are planning the next user meeting in 2023. Such user meetings serve to “listen to the customer” and to understand which components should be further developed and which should be added. But we are also noticing more and more that the need for the use of standards is increasing – even if there are some manufacturers who do not yet want to acknowledge the advantages of standards. The use of standards also means opening up to other systems and taking the – admittedly small – risk that customers will (be able to) opt for other products because the proprietary nature is abandoned. But de facto the opposite is the case. With the use of standards by OSS, manufacturers become competitive and are always up to date in this respect as well, thanks to the constant further development of the standards always up to date in this respect. Individual components from different manufacturers can now communicate with each other. The end customer appreciates this flexibility, which can also lead to a reduction in costs, as the choice becomes greater and dependence on one manufacturer is eliminated.

As a manufacturer of security technology, ASSA ABLOY is the big player on the international market. In over 70 countries with more than 50,000 employees and an annual turnover of over 9 billion euros, the company is one of the leaders in the security industry. In the DACH region alone, 275 million euros were turned over by the ASSA ABLOY “Opening Solutions” unit in 2021, primarily in the area of electronic access control, protective devices and locking systems. Mathias Schmid joined ASSA ABLOY Sicherheitstechnik GmbH in 2019 as Business Development Manager Access Control, where he is responsible for the further development of the solution portfolio in the field of electronic access control systems. We asked him about the development of standards from a manufacturer’s perspective.

What was ASSA ABLOY’s motivation as a manufacturer to promote the use of standards?

ASSA ABLOY has been using Standard Offline since 2015 and is one of the founding members of the OSS Association e.V. For our customers, end customers as well as system integrators, the expectation or requirement for us as a system and component provider was that the electronic fittings and cylinders could also interact with products from other providers. This was the starting signal for us to advance the topic of standards development together with the OSS Association. The Aperio product portfolio, which for more than 15 years has included both online integration via radio and offline integration via “Data on Card”, supports OSS Standard Offline ex works. This enables our customers and partners to easily integrate Aperio components into their system and to communicate with other components as required. and communicate with other components as required. The customers are therefore opting for a product that convinces them. At first, this does not seem favourable for the manufacturers. Because the times of proprietary systems are now a thing of the past and the supplier ties are dissolved to a certain extent.

So, what are the advantages of using standards from the manufacturer’s point of view?

At first glance, supplier independence seems to be disadvantageous for manufacturers. But the opposite is the case. Because with the growing market requirements, everything that the customer is looking for and expects can actually be delivered. Because the integration of different components and products from different manufacturers made possible by the Standards by OSS often offers better solutions than a single supplier with a potentially limited portfolio can provide. Therefore, the standards also open up greater scope for us as manufacturers in the integration of other systems and we can create the optimum for the customer.

We see time and again how important it is for manufacturers to work together on joint development when new requirements arise, as is the practice of the OSS Association. And not only that: in tenders, system integrators can offer partial components from different manufacturers, because these have become compatible with others thanks to the manufacturer-independent standards. The advantage for the tendering party is the “perfect solution” that meets his requirements and which he can easily expand with standard-compliant components in the further course. This promotes the acceptance of access control and locking systems and thus promotes market growth for the entire industry.

Where is the journey heading in the next few years?

From the customer’s point of view, the use of standards offers many advantages. We asked Patrick Senneka, who has been at Fraport AG since 2012 and is responsible for the use and further development of the ESA (electronic locking system) product, about his experiences.

What is the motivation for you to use standards?

The OSS-SO standardisation makes it possible to integrate software and hardware components from different suppliers into the overall solution. In this way we ensure investment protection and at the same time do without proprietary systems. In total, we use about 75,000 airport ID cards and about 7500 offline readers at Frankfurt Airport. We can realise large installations with the use of Standard Offline and, for example, fall back on alternative OSS components in case of delivery problems or special requirements. This is a great advantage for us. The use of standards enables a high level of interoperability of products and flexibility in implementation.

An airport has special requirements in terms of security. How is this ensured using standards?

Imagine if each of the employees at Fraport had their own key for the different access authorisations. The employee leaves, loses the key, changes position and thus also the access authorisations. What an effort to handle this with mechanical keys and still guarantee security! The electronic locking systems and thus also the protocol of Standard Offline make it possible to issue temporary keys / authorisations that can be changed in the central system with one click. This ensures both security and optimised use of resources.

Mobile Access, it is predicted, will play an increasingly important role in access control in the coming years. What is the situation with mobile access at the airport?

A user meeting to discuss new developments and to exchange ideas with other users would be important for the further development of the Standards by OSS.

Another manufacturer, or OEM (Original Equipment Manufacturer), is the family-run company Uhlmann & Zacher. The company has produced a total of more than 1,000,000 electronic clamping units. We asked Hartmut Beckmann, authorised signatory and sales manager at Uhlmann & Zacher, about his experiences with the use of standards in Germany and worldwide.

Mr Beckmann, how do you assess the situation in Germany regarding the use of standards?

In Germany there are still some manufacturers who prefer to use their own proprietary systems. They see the use of standards as a loss of their market power. However, there are companies on both the manufacturer and user side that have discovered the advantages of standards for themselves. When many locking systems for many people must meet very high security standards, the standards open new possibilities. security standards for many people, the standards open new possibilities. It would also be desirable for the standards by OSS to be used across countries, i.e., in an international context. international context. Here, for example, we have some partners in France who use OSS-SO.

What is the advantage of Standards by OSS from your point of view?

Uhlmann & Zacher does not sell to end customers, that is the strategy of our company. Through OSS-SO we have the opportunity to gain new integration partners without these partners having to develop a proprietary solution.

How do you see the future of Mobile Standard?

Mobile devices are equipped with Bluetooth, for example. Here, a standard ensures the communication capability of different end devices. There are various manufacturers in the mobile sector, some of them new and growing, others established. In this sector, the standard ensures that the technology remains future-proof, even if a company disappears from the market again.

And what about Germany as a whole? What is the situation with mobile use, i.e. mobile access in Germany?

In Germany, the acceptance of mobile access control is – in contrast to other countries – still somewhat hesitant. in contrast to other countries – is still somewhat hesitant. However, we are currently working on a project to establish our own mobile access platform. We are looking forward to the next steps and the further development.

Looking to the future, what would you like to see?

We would be happy if large companies – independent of competitive thinking – would cooperate and participate in the further development of the standards. From our point of view, distribution would be much easier if as many larger projects (and companies) as possible would rely on the Standard by OSS.

The interviews were conducted by Martina Müller, pr-ide GbR, on behalf of the OSS-Association. www.oss-association.com